This new collection brings the previous published Part I-V more firmly into the 20th century, with titles running up to 1923.  It does not represent the short date ranges seen in the previously published series, but the entirety of publishing history in the Colonies and subsequent United States. It extends coverage or fills gaps in issues for approximately 45 titles previously digitized in Part I-V, and importantly adds more than 150 entirely new periodical titles recently acquired by the American Antiquarian Society.

This collection helps researchers make connections in American history from a broad range of perspectives. Besides covering a variety of subjects, there are numerous periodicals aimed at specific audiences based on criteria such as age, gender, ethnicity, occupation, politics, or beliefs.  In addition, the Gale Primary Sources cross-search environment expands those connections to hundreds of millions of pages of additional primary source materials.

American Historical Periodicals from the American Antiquarian Society, Part VI adds more than 150 newly-digitized titles that were previously unavailable online. The collection also extends the coverage of many key titles into the twentieth-century.

The longest published printing magazine in the United States, it was the first American magazine to change its cover for every issue with beautiful graphic art. The publication promoted new ideas and new technology that influenced all the popular arts.

This American weekly suffragist periodical was “devoted to the interests of Woman—to her educational, industrial, legal and political Equality, and especially to her right of Suffrage.” Includes printed speeches, debates, and convention notes that pertained to suffrage for women. The publication also featured short stories, poems, and columns such as “Gossips and Gleanings” that made it a more moderate, less-politicized periodical than competing suffragist publications.

This important spiritualist periodical covering the movement across the U.S.  is an important tool for understanding the history and depth of spiritualism. Spiritualism is a movement that believes the spirits of the dead have the ability and desire to communicate with the living. Believers included Mary Todd Lincoln, Nobel laureate Pierre Curie, and physician and author Arthur Conan Doyle. Detractors included Harry Houdini, who worked to expose fraudulent mediums.

As part of our historical partnership with the American Antiquarian Society, Gale is offering full, free access to American Antiquarian Society Historical Periodicals Collection, Part VI to any institution that owns at least one Gale Primary Source collection.  While this content has been previously published and sold commercially, Gale is providing additional value to the complementary content through the Gale Primary Sources platform featuring visual search tools, robust metadata to power those searches, and advance browse functionality.

Over the years, we have been impressed by Gale leadership in the library market, by the strength of their editorial process, and their innovative approach to the development of digital tools. American Historical Periodicals is an important project for the American Antiquarian Society, representing decades of collecting, cataloging, conserving, and digitizing, and we are pleased to have a solid partner in Gale to help us take it to the next generation of researchers. 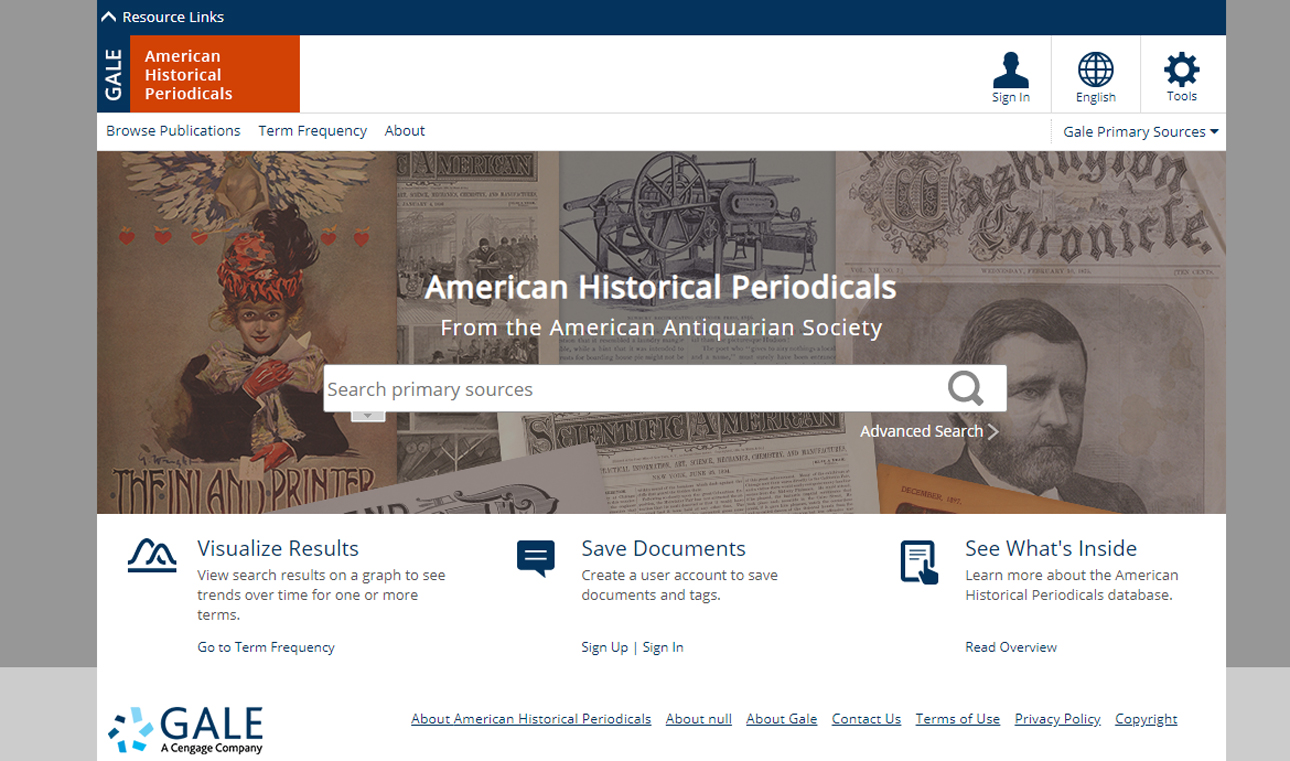 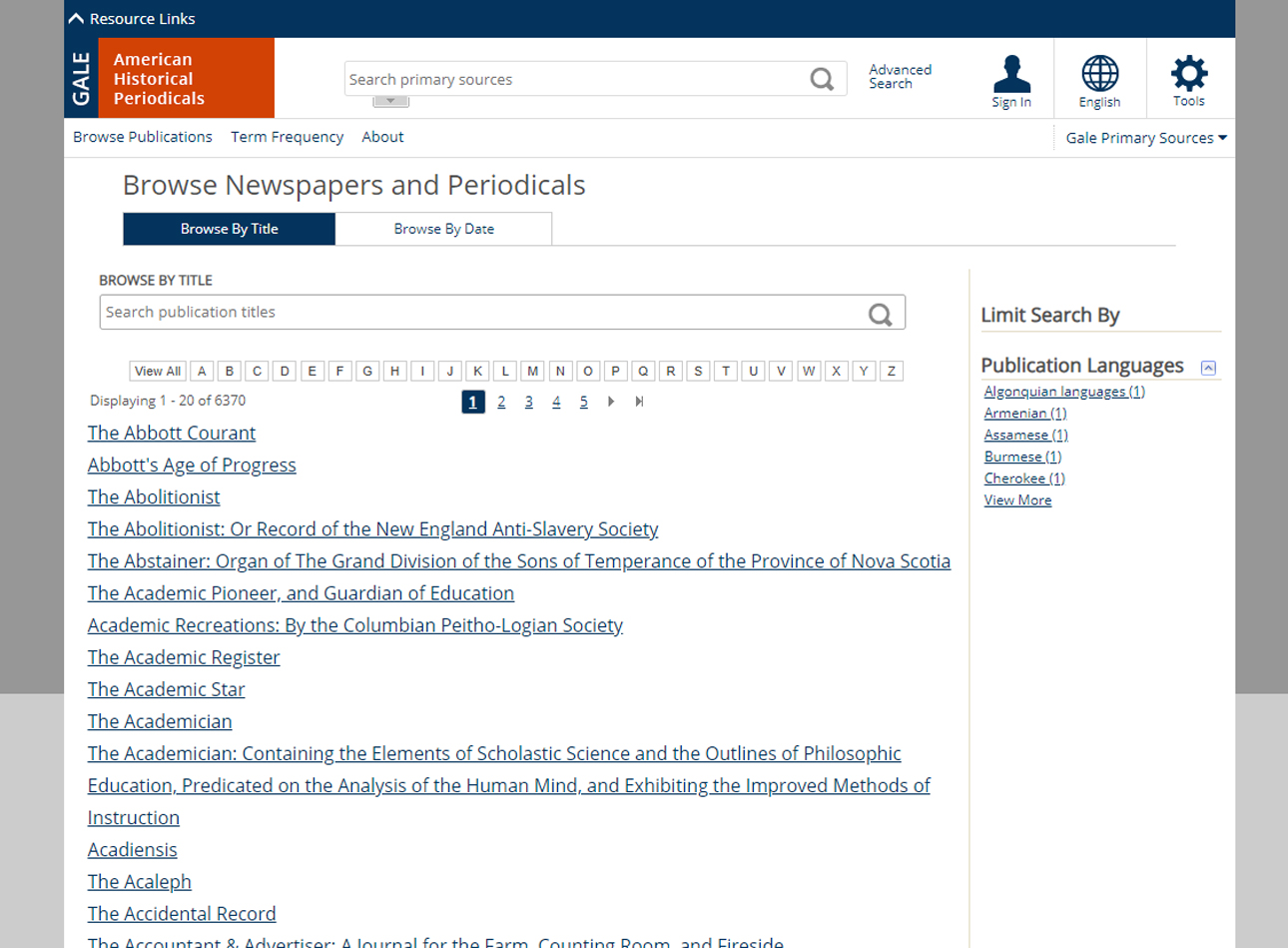 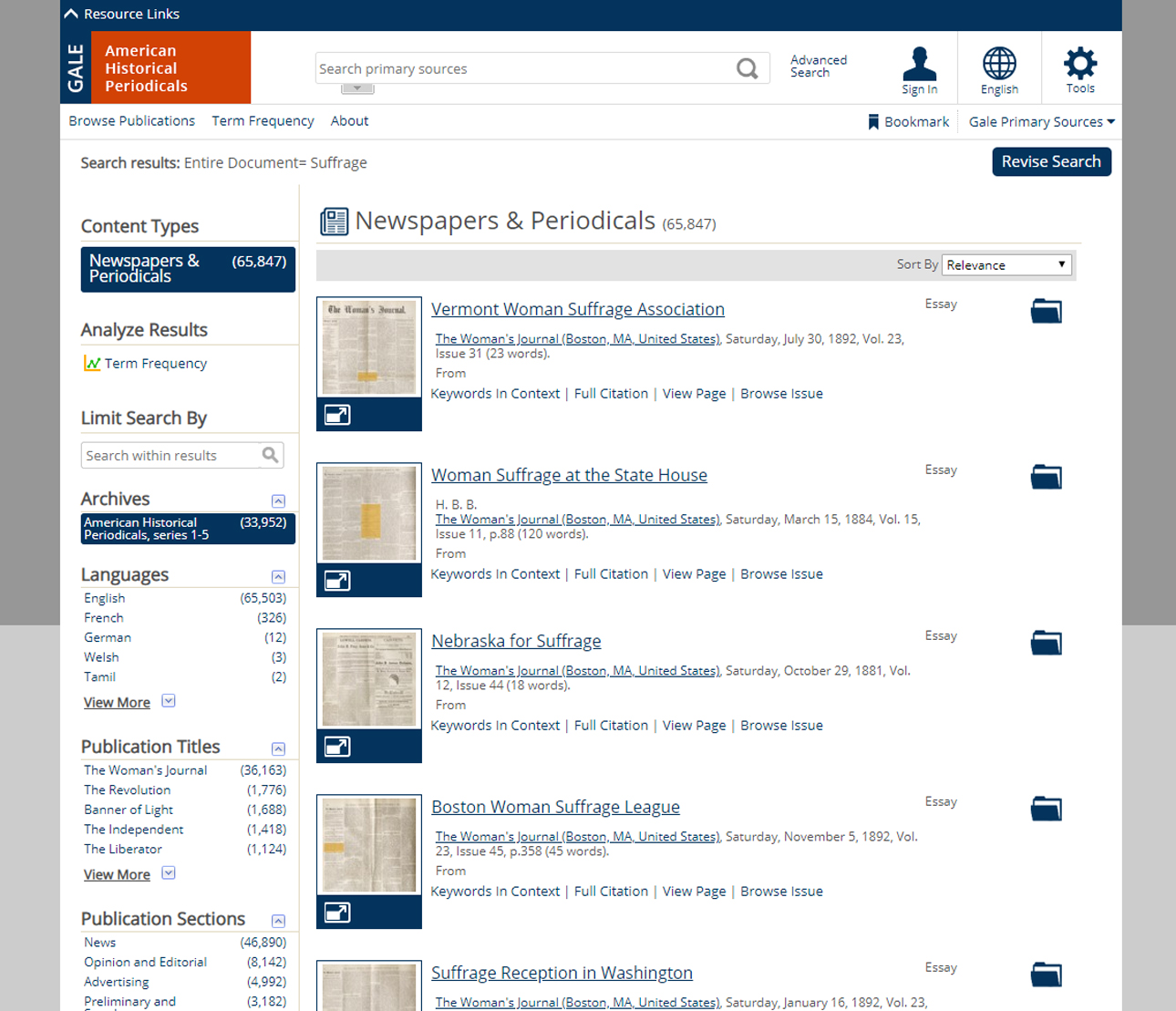 Search results are clearly displayed to streamline the research experience 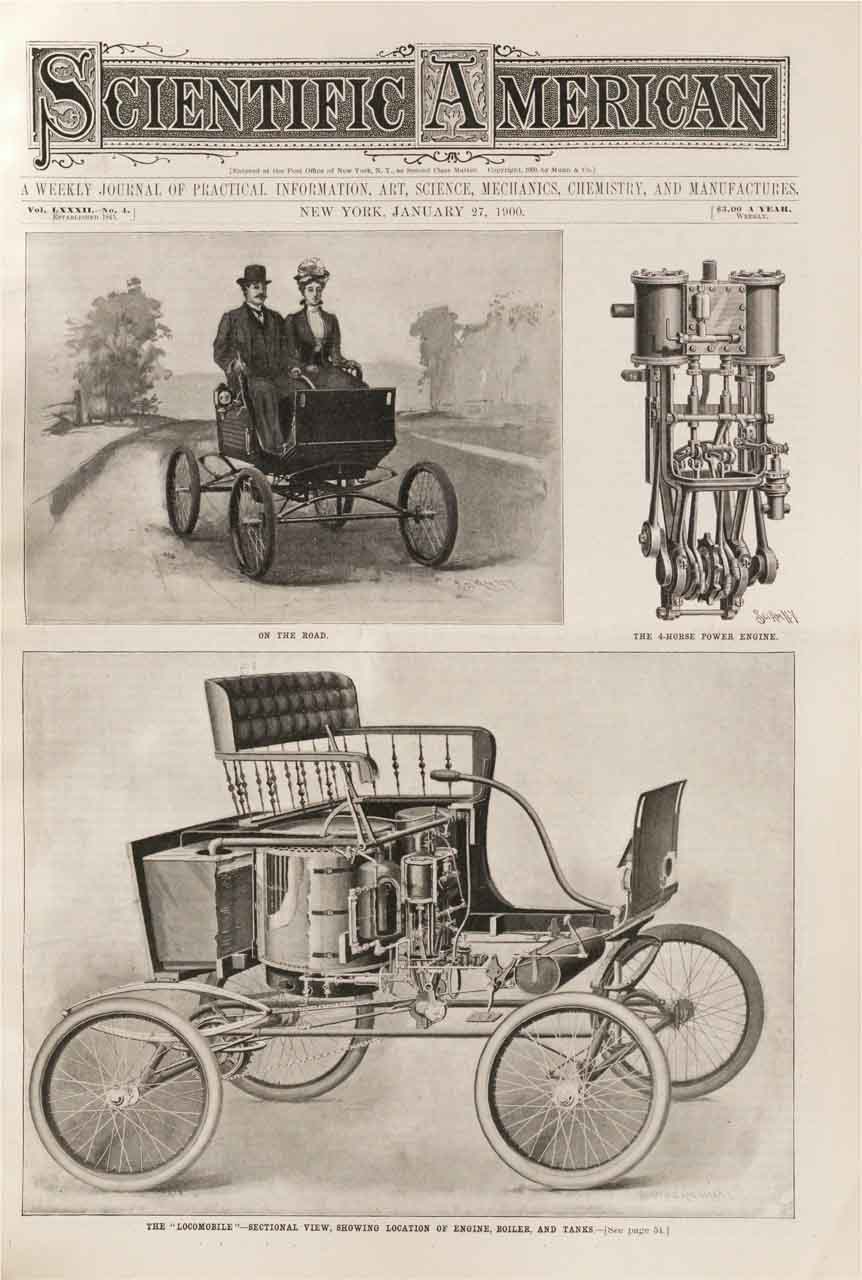 Cover from the Scientific American 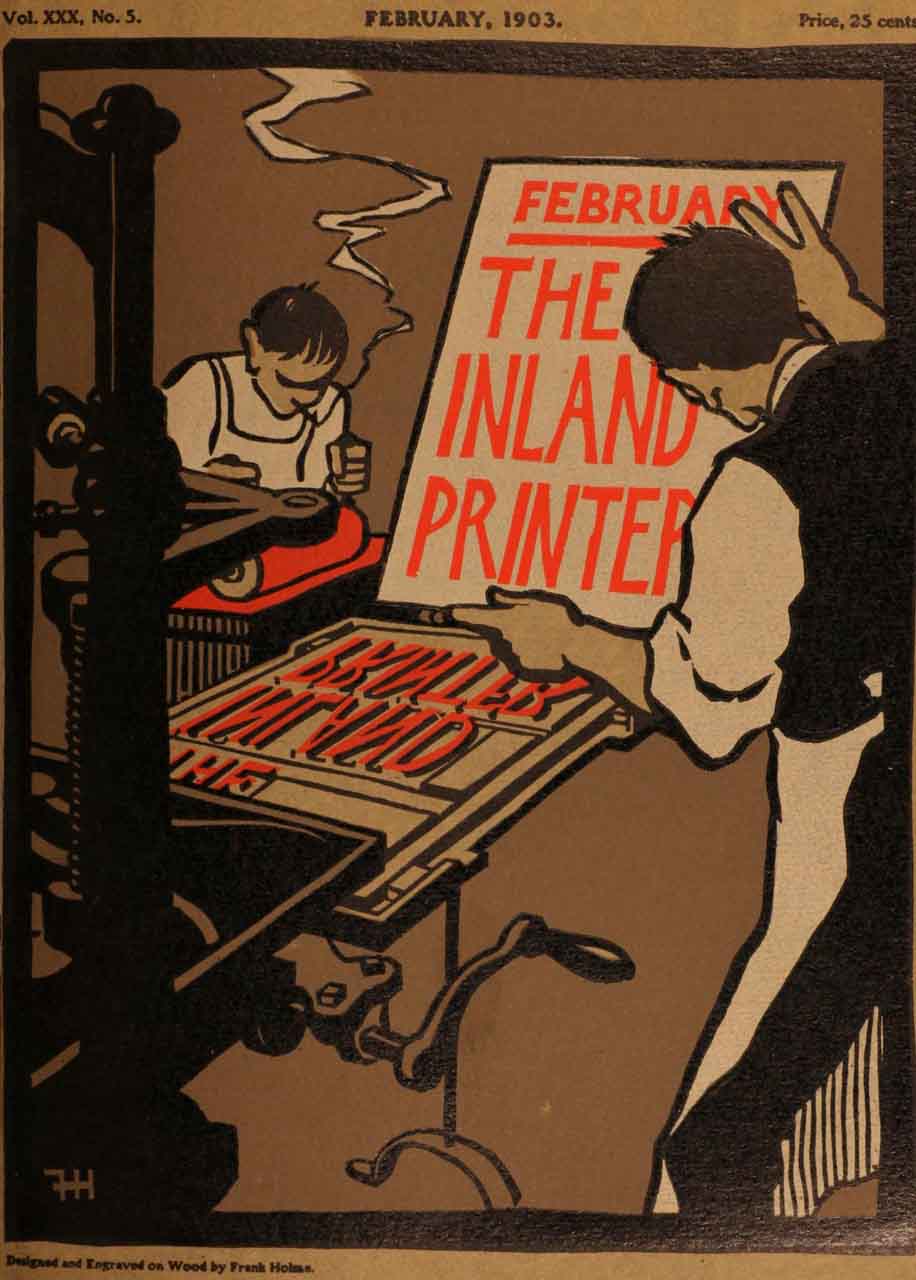 Cover of the February 1903 The Inland Printer

Digital humanists will be delighted to discover this content will be available for text-analysis in Gale’s Digital Scholar Lab—a new, cloud-based research environment that brings historical content together with text analysis tools to remove barriers to digital scholarship. Providing this content in an environment where researchers can build a custom corpus of text for analysis adds immense value to the content and creates new research opportunities.

We chose Gale as our partner because of their commitment to helping us share the rich periodical holdings of the American Antiquarian Society as widely as possible among libraries of all sorts and their enthusiasm for developing state-of-the-art technology tools to help researchers to unlock these remarkable (and heretofore underutilized) resources of nineteenth-century journals and magazines.