Gale has partnered with Chatham House, a world leader in policy research on international affairs, to provide online access to Chatham House's rich archive covering the 20th and 21st centuries. As part of the Gale Primary Sources family, Chatham House Online Archive: Module 1: 1920-1979 contains high-level analysis and research on global trends and key events and issues, from the aftermath of World War I into the Cold War.

Based in St James's Square, London, Chatham House has long been regarded as one of the world's premier policy institutes on international affairs. Since its creation in 1920, it has been a source of independent analysis and informed debate, promoting open as well as confidential discussions about significant developments in the global arena. Its teams of researchers produce independent and rigorous analysis of global, regional, and country-specific challenges. In 2009, Chatham House was named the top Non-US think tank by the University of Pennsylvania's Global Go To Think Tanks survey (by the Think Tanks and Civil Societies Program at the University of Pennsylvania), a position it has held for the past six years.

Half a million pages of research and analysis

Addressing the needs of the academic and business communities as well as international groups, Chatham House Online Archive Module 1: 1920-1979 and its companion, Module 2: 1980-2008, provide a searchable, browsable research environment that enables users to explore approximately half a million pages and more than ninety years of research, expert analysis, and commentary.

Module 1 covers the years 1920-1979 and includes the following material:

Subject indexing allows users to quickly retrieve and review briefing papers, special reports, pamphlets, conference papers, monographs, and other material relevant to their own research or study. Users also have access to the full text of Chatham House's two flagship publications, the leading academic journal International Affairs and the magazine The World Today. Additionally, the archive offers unique access to thousands of hours of audio recordings of Chatham House lectures and their fully searchable transcripts, offering valuable insight into the thoughts and perspectives of key figures in international affairs. Past speakers include:

The archive includes audio recordings of meetings from 1966 onward in MP3 format, with accompanying searchable transcripts. Listen to excerpts from speeches. Click the linked names below to stream audio:

“Researchers and others interested in international affairs, diplomacy, and world politics and trade will find much of relevance and interest – including material that has previously been hard to find and access. Perhaps most exciting is the digitisation of transcripts, and in some cases audio recordings, of public meetings (those not held under “Chatham House rule”) – which include speakers such as the historian Arnold Toynbee, Dr. David Owen (speaking in 1977 on nuclear non-proliferation), Lord Trevelyan, and Hugh Mackintosh Foot, ambassador to the United Nations (1964- 1970).” 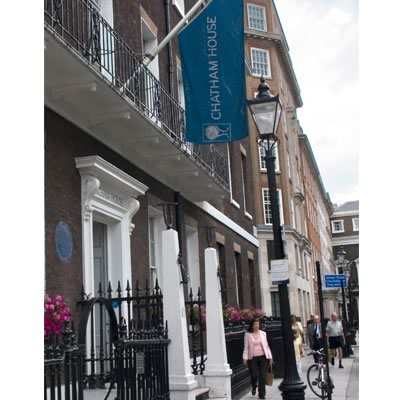 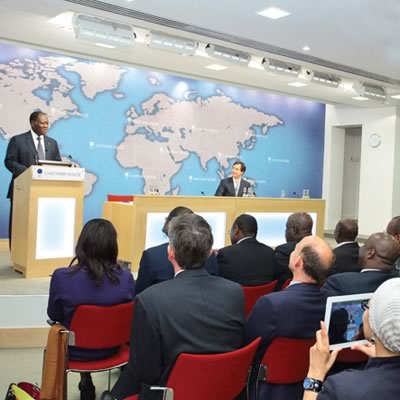 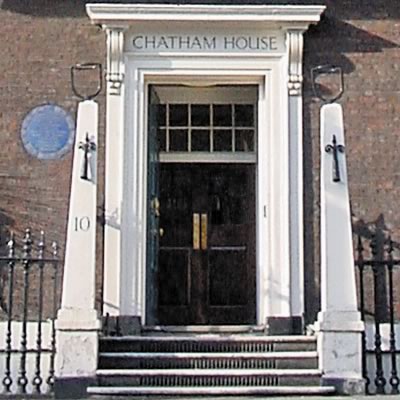 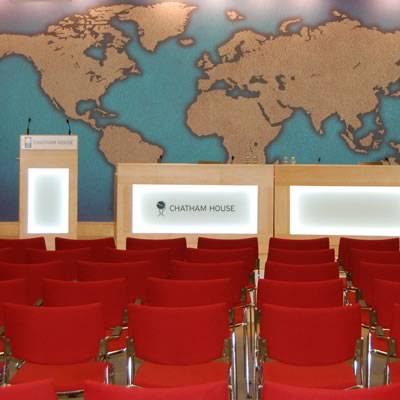 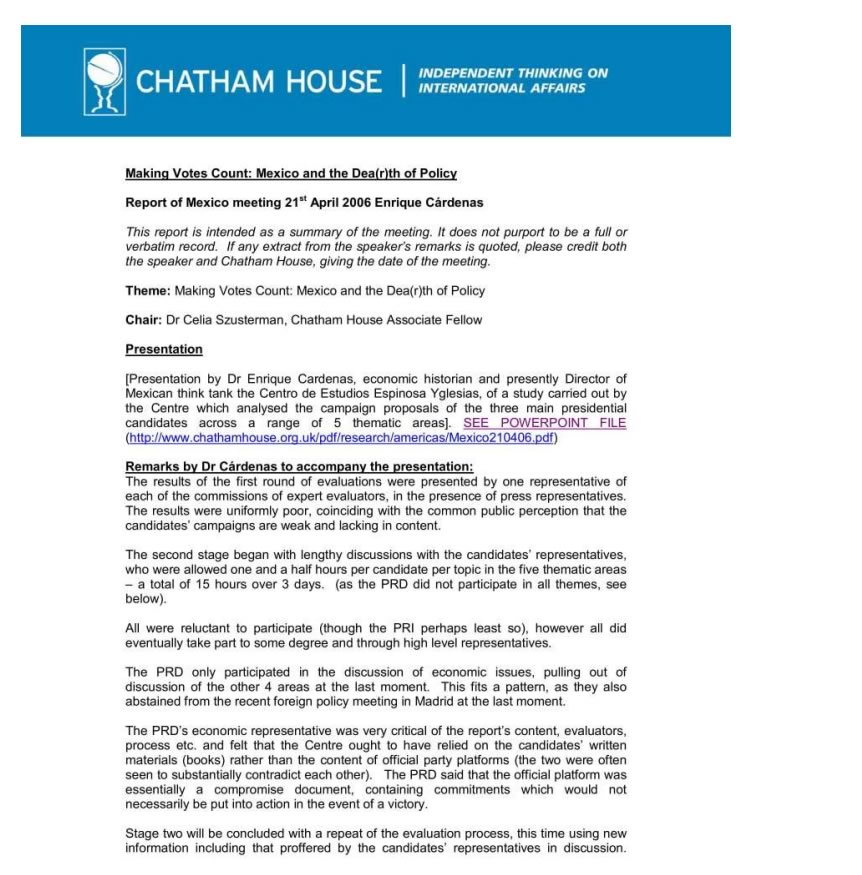 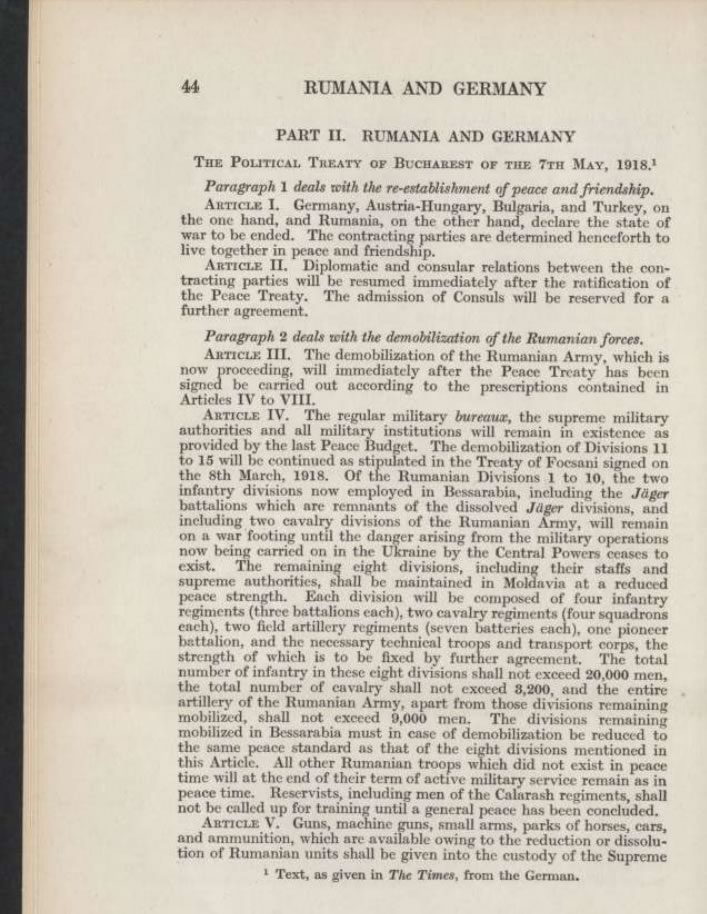 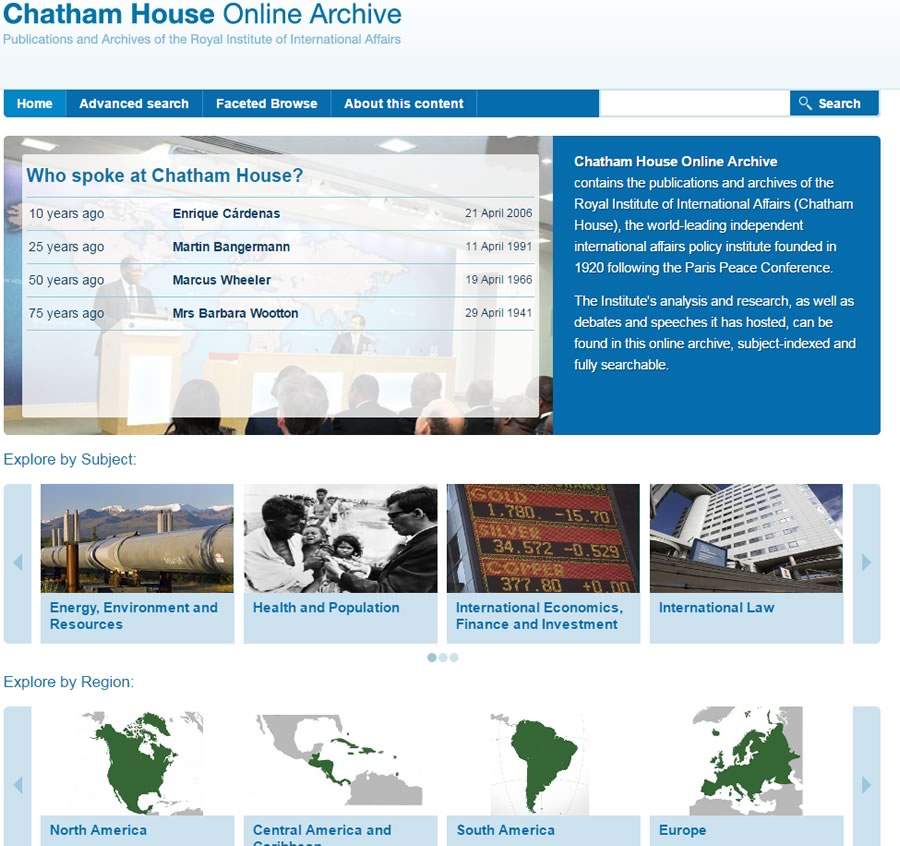 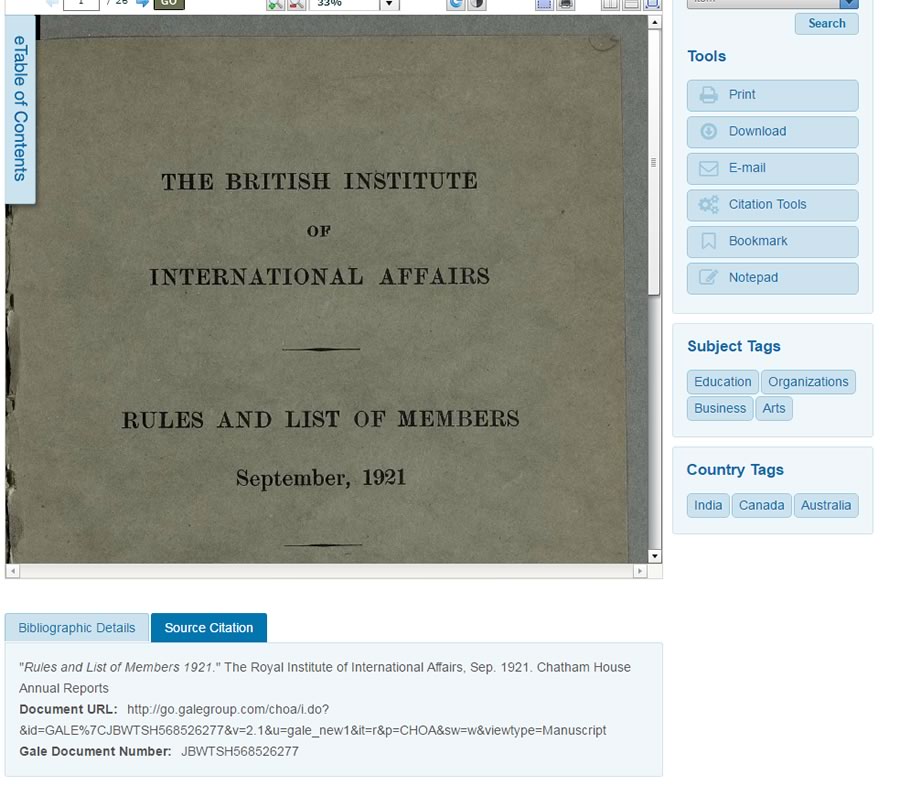 Apply multiple filters to a collection to experience a more intuitive search process that drills down to the most relevant information.

Subject indexing at article level to aid searching by author, topic and region.

Many Ways to Explore

Search nationality or profession of speakers/authors.

“One of the strengths of an archive such as this is that it records debate and analysis of events as they are unfolding. The long time period covered means that this includes inter-war diplomacy, the founding of the United Nations, Cold War international relations, the role of NATO, and Britain’s position in Europe.”

“This database should provide a unique opportunity to follow connections between significant documents and analysis reflecting a specific 20th-century world view. The content extends over a long period: some publications run up through 2010. In addition, the opportunity to hear a range of political leaders’ voices in recorded speeches will be valuable for students as well as scholars. More than 7,000 speeches will be accessible not only through audio format but also through searchable transcripts and links between the original speeches and subsequent published articles.”