Early Arabic Printed Books from the British Library represents one of the world's most important Arabic collections, based on A.G. Ellis' 1894-1901 catalogue. The full collection includes a variety of books printed from the 15th to 19th century in Arabic script, as well as translations into European and Asian languages. Together, these works demonstrate Europe's fascination with and assimilation of ideas and knowledge originating in the Arabic-speaking world. Early Arabic Printed Books from the British Library: Literature, Grammar, Language, Catalogues and Periodicals is a full-text searchable archive of early Arabic printed books of folktales, pre-Islamic literature, Islamic poetry and prose, proverbs and sayings, language and lexicography, dictionaries, grammar, syntax, rhetoric, manuscript publication records, and periodicals that provide insight and multiple points of entry into the study of the cultural, intellectual, and social lives of the people of the Middle East.

Poetry was the most favored literary form of the Arabic world, a preference that is reflected in the over four hundred works of poetry included in the collection. These texts include many diwan by different authors, the Mu'allahkah, the Mufaddaliyat, the romance of Bani Hilal, Luqman's fables, and many other works and collections in Arabic and translated into English, French, German, and other languages. However, internationally, the most famous literary work was Alf-layla wa-layla, or The Thousand and One Nights, of which there are nine editions in Arabic, including the Calcutta 1814-18 edition, twenty-eight editions in English translation, thirteen in French, six in German, and thirty-nine editions of selections in various languages. The collection includes over 130 works of grammar and over 100 lexical works, critical for the study of linguistics and language, as well as 175 works of bibliography and publication records, which include 19th-century lists of collections of Arabic and other "Oriental" manuscripts in libraries across Europe and the Middle East. Finally, forty-five 19th century periodicals, the majority printed in Beirut, Cairo, London, and Paris, provide insight into the cultural, intellectual, and social lives of people in the Middle East. These periodicals range from general weeklies covering arts, culture, politics, commerce, and science to literary monthlies, specialist medical magazines, orientalist serials, and the Egyptian daily, El-Kahira. The earliest included periodical is the Waka'i' misriyat, the official gazette of the Egyptian government, printed in Bulaq from 1829. 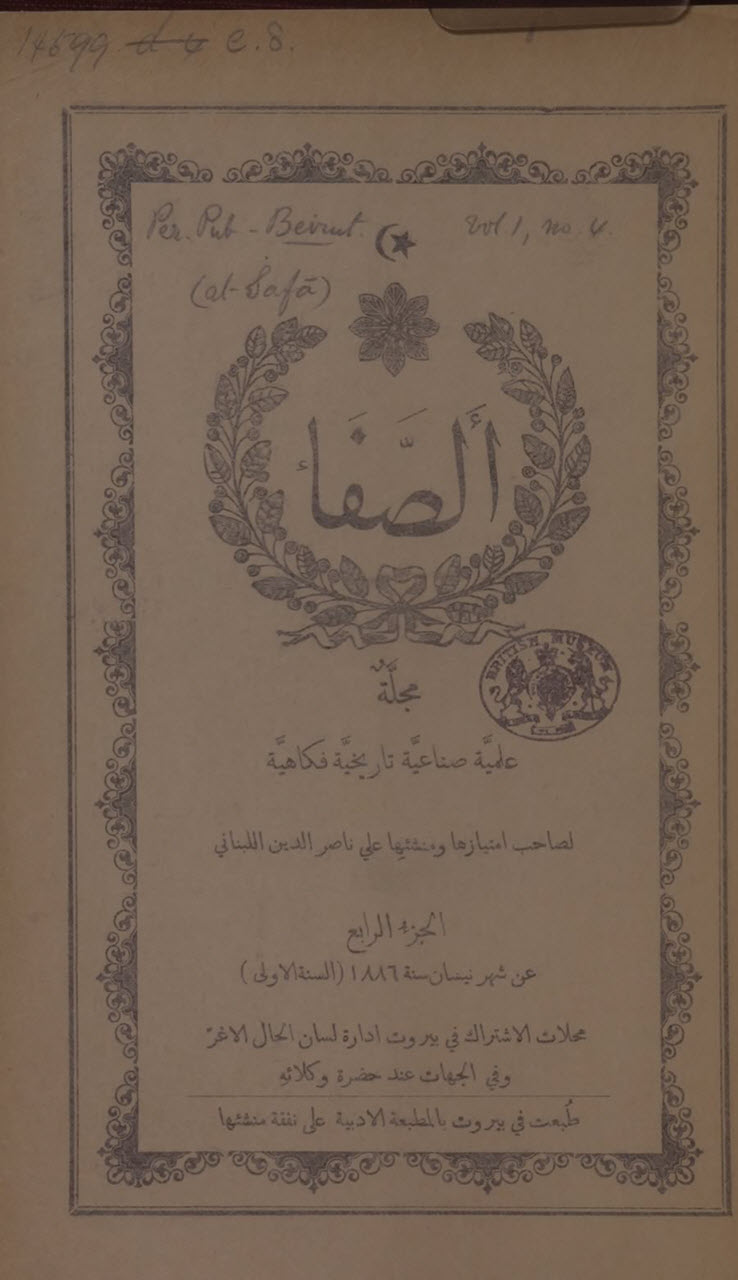 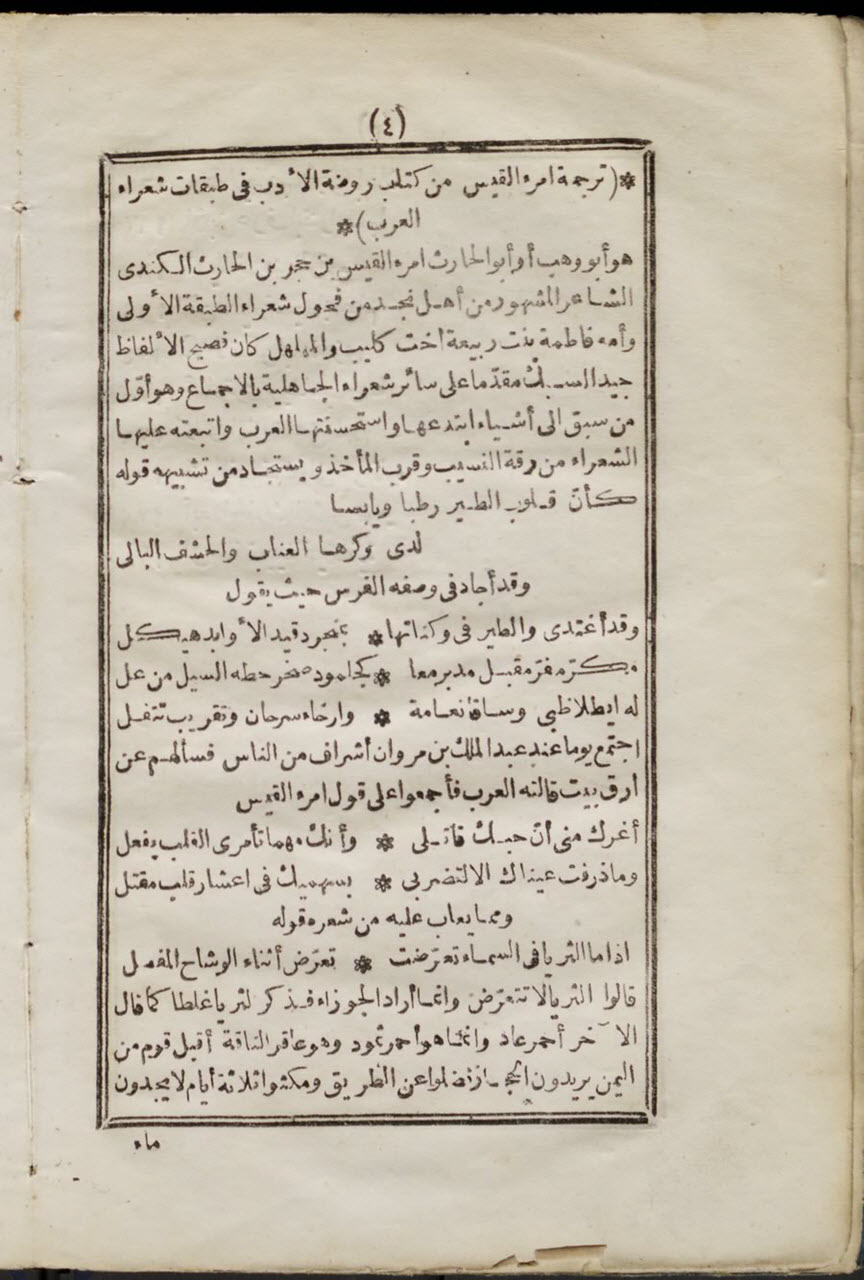 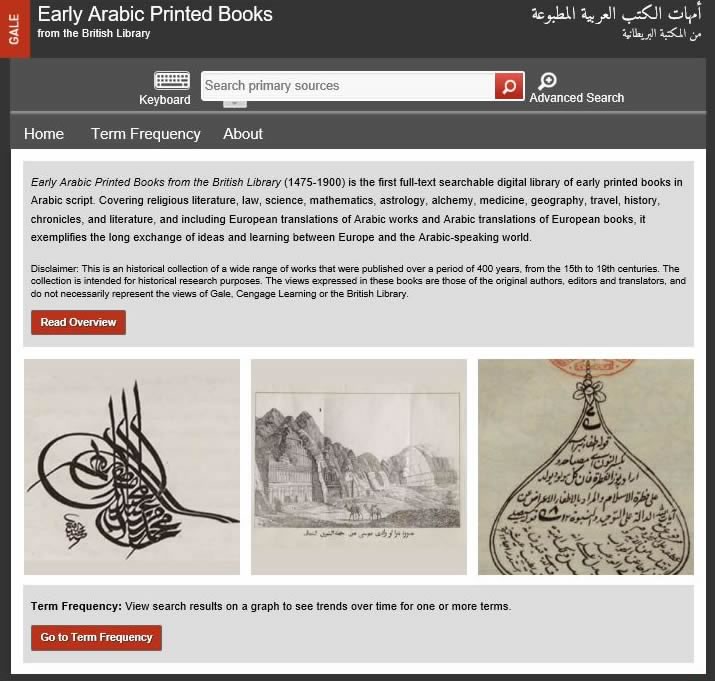 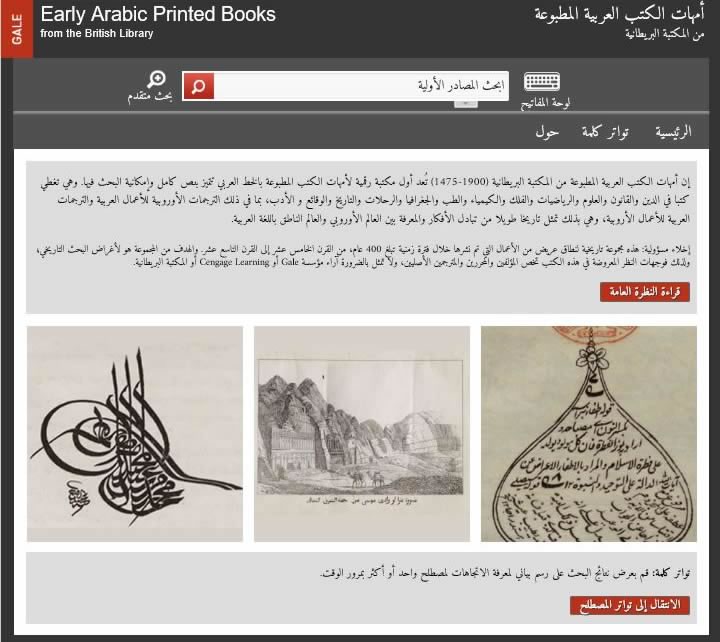 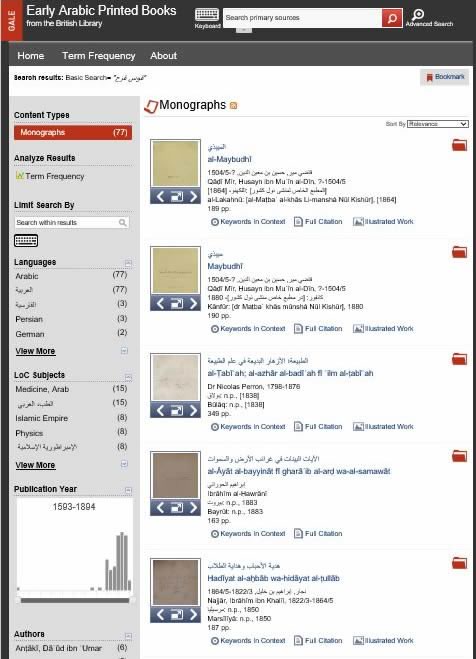