Enhance your research of economic and financial history with over a hundred years of content from one of the world's most renowned business newspapers.

A complete online, fully searchable facsimile, the Financial Times Historical Archive, 1888-2021 delivers the complete run of the London edition of this internationally known daily paper, from its first issue through December 2021. Every article, advertisement, and market listing is included -- shown both individually and in the context of the full page and issue of the day. Each item has been subject- or topic-categorized for fast retrieval and review.

The paper began as a City of London news sheet and grew to become one of the best-known and most-respected newspapers in the world. Along the way, the Financial Times -- printed on its distinctive salmon-colored paper -- has chronicled the critical financial and economic events that shaped the world, from the late nineteenth and entire twentieth centuries to today. This historical archive is a comprehensive, accurate, and unbiased research tool for everyone studying the economic and business history and current affairs of the last approximately 130 years.

Initially focused on the global financial and economic issues that were to become the predominant forces of the twentieth century, the Financial Times expanded coverage in the postwar years, reporting on topics such as industry, energy, and international politics. In more recent decades, coverage of management, personal finance, and the arts has been added. Today, with more full-time foreign correspondents than any other European newspaper, a wider readership internationally than in the UK, worldwide circulation of nearly 500,000, and estimated global readership of more than 1.9 million people, the Financial Times is recognized as the complete newspaper for the world of business throughout the world [Source: FT Average Daily Global Audience (ADGA), May 2010].

Objective, accurate and full coverage of:

“Studying what happened in the past is a valuable tool for politicians, researchers, and people throughout finance and business as they try to make sense of what is happening and plan for future recovery. . . . This is where newspapers like the Financial Times can help. It has charted finance and business news around the world since its launch in 1888. Being a daily newspaper, it also provides context, such as who were the prime ministers and presidents at the time, as well as any conflicts, business scandals and political uncertainties.” 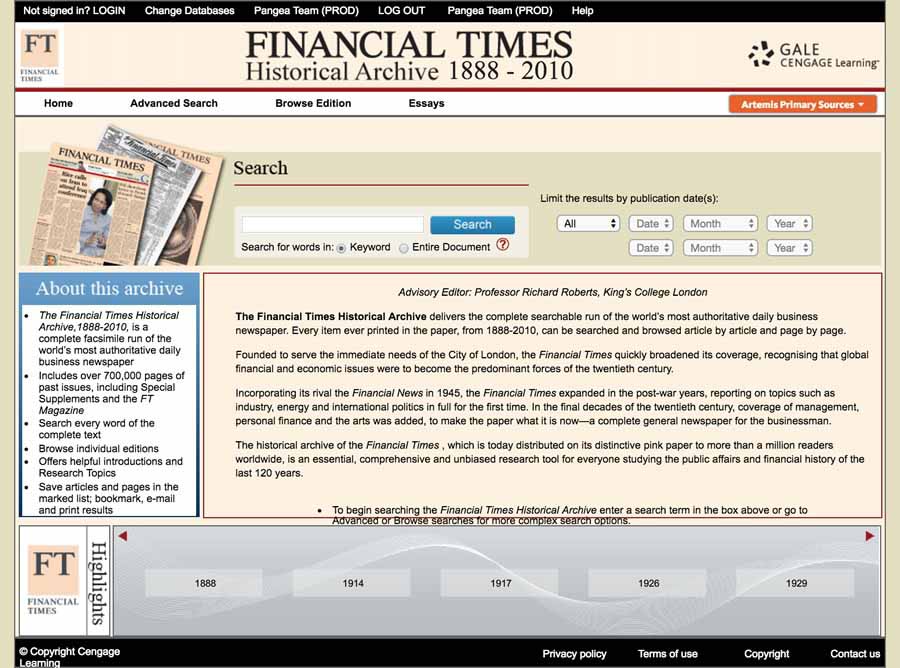 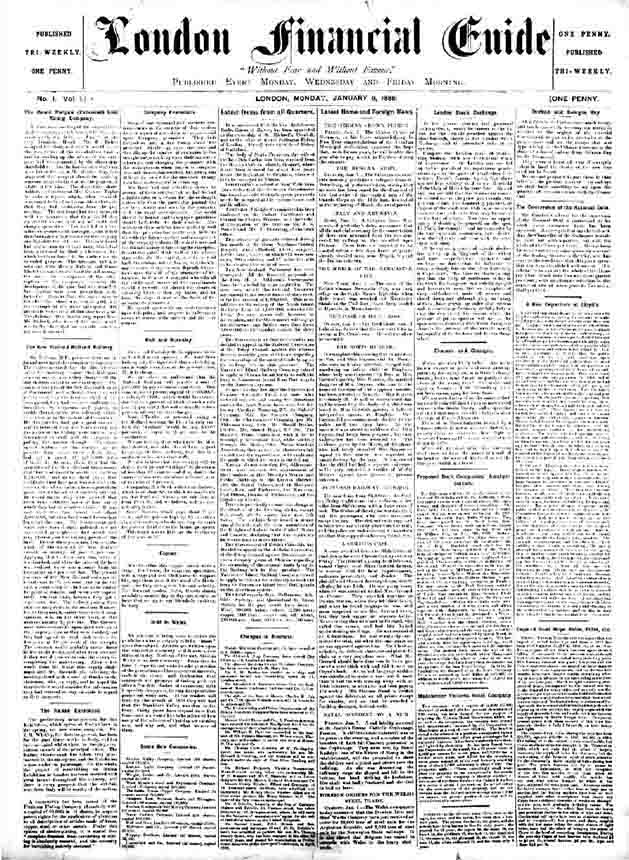 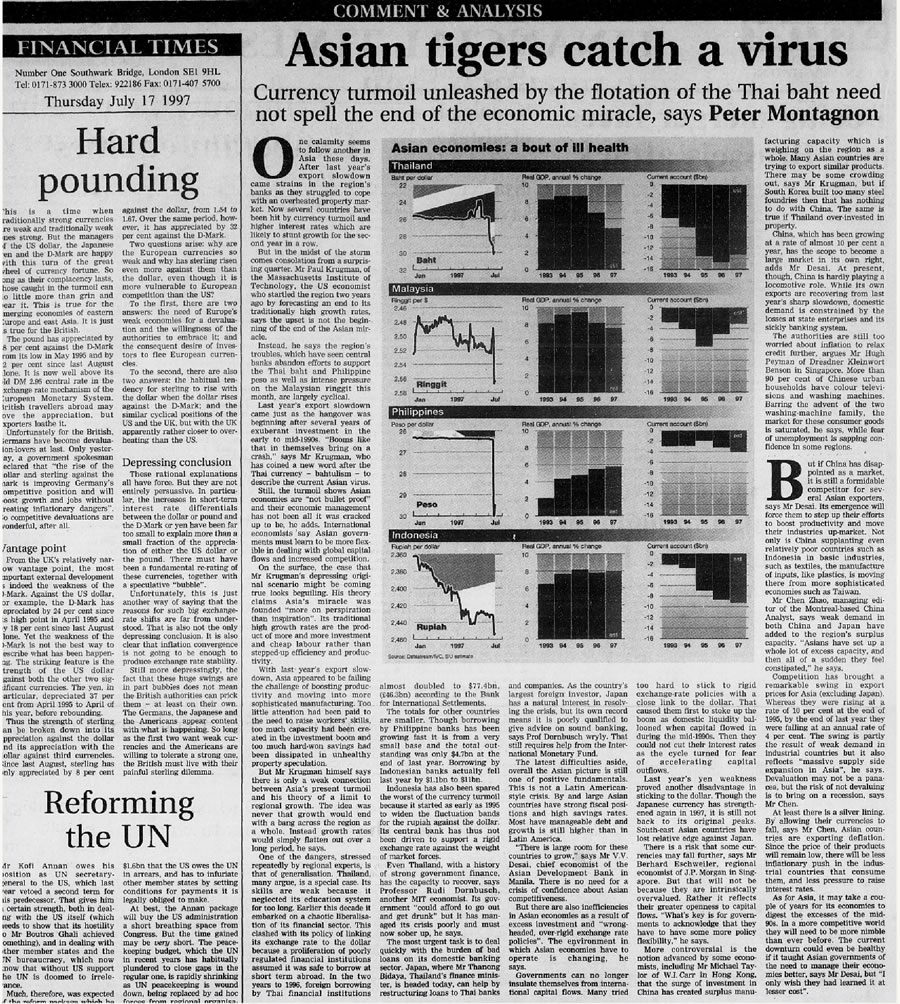 “We live in financial times, past, present and future — the Financial Times Historical Archive is the essential, definitive resource for knowledge and understanding of global history, business, finance and politics over the last 120 years.”

“Invaluable access to what for many years has been one of the world's most prestigious and authoritative newspapers.”