A RISE IN SOCIAL ACTIVISM

Debate over sexual orientation and gender identity burns bright in American discourse. Social stigma still exists today, yet the rising voices of trans and LGBTQ youth are inspiring even greater activism. Despite growing calls for change, there is still much progress to be made.

Today questions of sexual orientation and gender identity have given rise to blatant discrimination, harassment, and even death, as evidenced in contemporary debates over the legitimacy of trans women in sports and expressions of violence in recent serial murders. And public schools are still waiting for guidance from the U.S. Department of Education regarding acceptable bathroom usage based on sexual identity. To address this challenge and others, only through the continued activism of the lesbian, gay, bisexual, transgender, and queer community and its supporters can a strong voice emerge and give rise to systemic change. Just how did we get here? Through thoughtful, scholarly research and carefully crafted case studies, Gale examines this question in the rising activism of those who dared to challenge societal norms regarding sexual orientation and gender identity.

Gale Case Studies: Intersectional LGBTQ Issues offers a closer look into the history of gender identity as it relates to lesbian, gay, bisexual, transgender, and queer people and activism into the twenty-first century. It provides insight through careful research into both direct-action efforts, such as ACT UP’s demonstration at St. Patrick’s Cathedral in New York, as well as local activism aimed at reversing problematic policies and treatment related to sexual orientation and gender identity, like the anti-cross-dressing laws and the lack of documentation on violence against LGBTQ populations.

Paired with other teaching materials, including documentaries about ACT UP and coverage of their actions in mainstream news sources, these primary sources reveal what the other sources cannot—the careful planning of the activism and responses to it that reveal its impact on the cultural debates about sexual orientation, gender identity, and LGBTQ issues. Importantly, the case studies can be contextualized in the history of LGBTQ youth activism, including the Compton Cafeteria Riots and Stonewall, both in reaction to police harassment and application of similar laws.

Although each case study can be used on its own, when combined with other case studies, LGBTQ history becomes richer and clearer for the user. For example, the case study on the Wolfenden Report together with the case study on FBI surveillance of LGBTQ organizations reveals the role of government in criminalizing, targeting, and harassing lesbian, gay, bisexual, transgender, and queer people in both the United States and Britain in the 1950s and 1960s.

The case studies on lesbian masquerade and anti-cross-dressing laws together show inherent bias in the ways that the pairing of gender performance and sexual orientation impacted LGBTQ people’s lives in the United States from the nineteenth through the twentieth centuries. The case studies on HIV and immigration, employment discrimination and Employment Non-Discrimination Act, and the National LGBTQ Task Force’s work on antiviolence also offer important opportunities for intersectional analysis of data, stories, and activism. 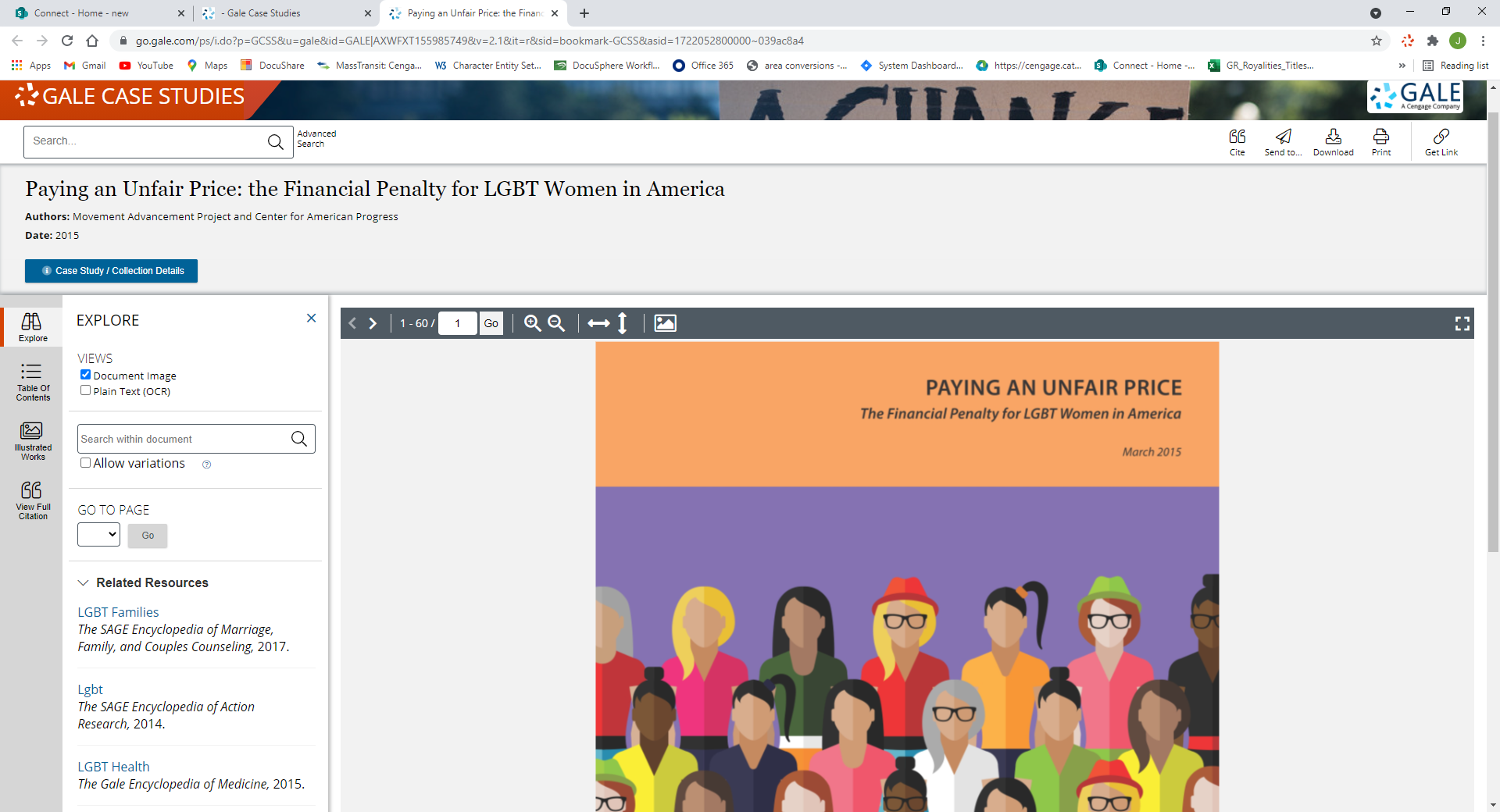