Delve into official and unofficial accounts of trials that fascinated Anglo-American society across four centuries.

It enables researchers to:

The Making of Modern Law: Trials, 1600-1926 is the result of a partnership between Gale and the law libraries of Harvard University and Yale University. In addition, it includes outstanding trials from the Library of the Association of the Bar of the City of New York. In addition to the full text of all works within this collection, additional details associated with each work have been captured to facilitate searching and ensure accessibility. Search indexes have been developed using this metadata, providing users with unequaled access to the content and providing details within the full citation created for each work.

Famous subjects in British history include:

Famous subjects in American history include:

Famous subjects in French history include:

Discover details of historic British trials, such as:

Only a few of the very largest libraries hold more than a small fraction, in any format, of the trial works contained in this digital collection. Even libraries with large print holdings will benefit from the power of full-text searching -- enabling information never before available to be retrieved and correlated.

“By drawing from the collections of two premiere research libraries, Gale has created a unique resource that could be beneficial to a wide range of researchers. SUMMING UP: Recommended. Lower-level undergraduates through researchers/faculty.” 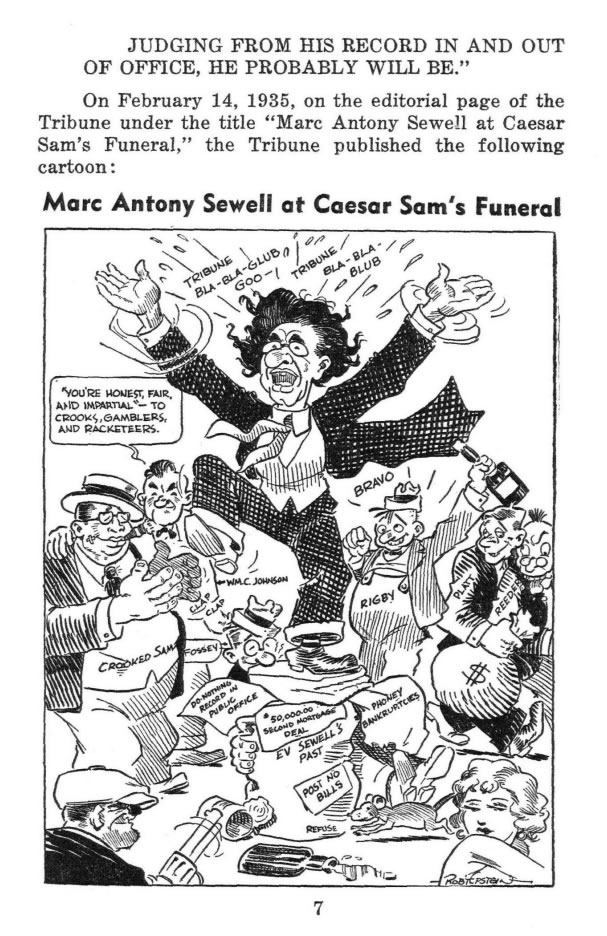 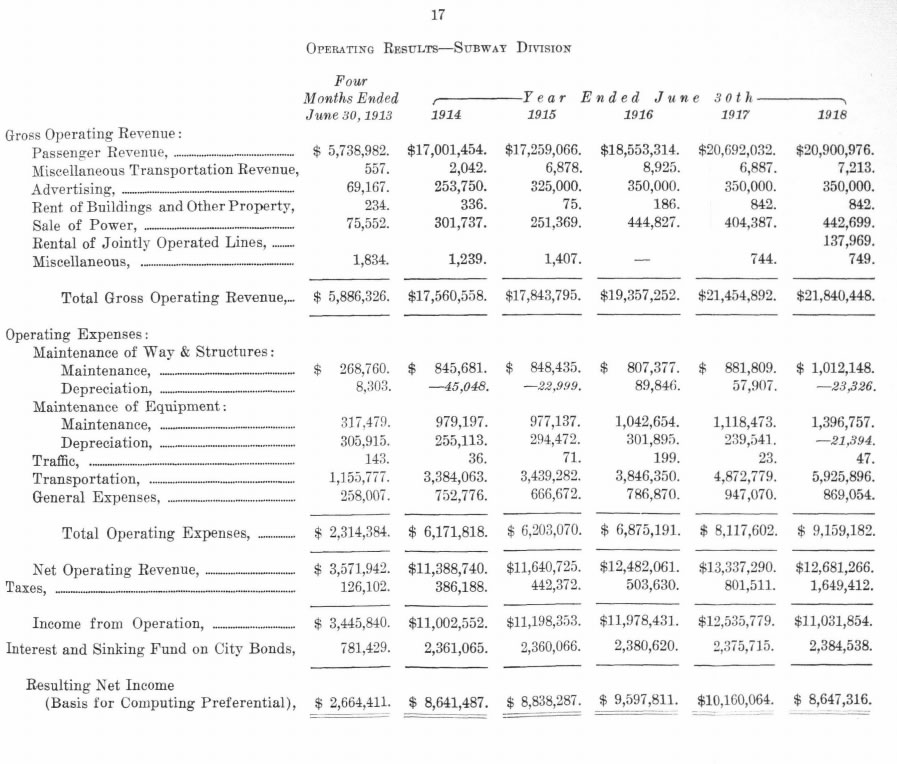 Documents containing financial information such as this one are available in the MOML Trials: 1600-1926 archives 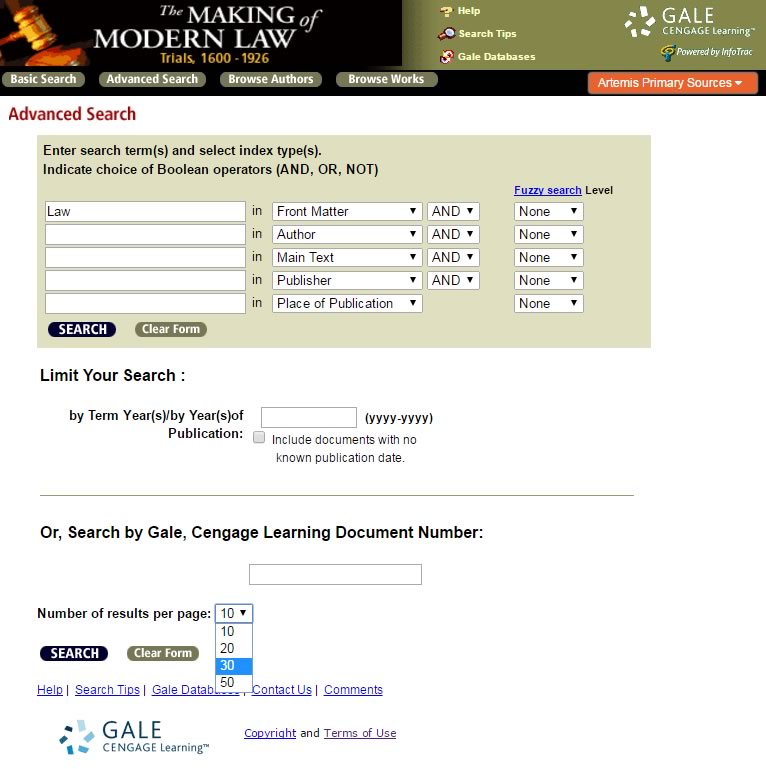 Use the MOML advanced search function for the most accurate results 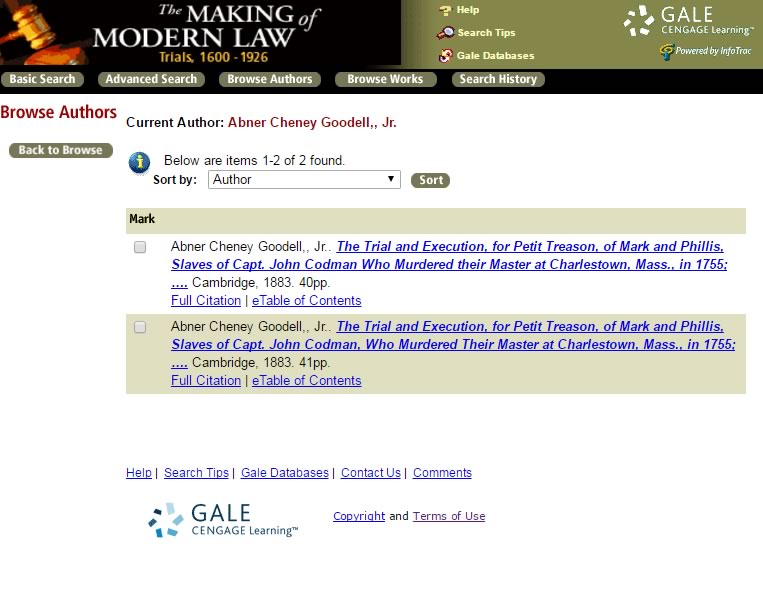 Browse the MOML archives quicker by filtering content by the author