The Global Scope of the Forced Migration and Refugee Crisis

Refugees, Relief, and Resettlement: Forced Migration and World War II chronicles the plight of refugees, displaced persons, and immigrants across Europe, North Africa, and Asia from 1935 to 1950 through immigrant and refugee correspondence, studies, reports, organizational and administrative files, and much more. It is the first multi-sourced digital collection to consider the global scope of the forced migration and refugee crisis leading up to, during, and after World War II.

Gathered from key sources that include the U.K. National Archives, the British Library, the National Archives Records Administration in the United States, and World Jewish Relief, this archive documents the historical narrative of forced migration to uncover the hidden history of immigrants seeking refuge, Jews being forced to flee from Nazis, and those being displaced from their homes as well as the relief, resettlement, and repatriation efforts that followed.

The archive focuses on those who were forced to flee, migrate, and resettle inside and outside national borders owing to war, the Holocaust, and ethnic and political persecution. It also addresses the unique factors to give rise to the many kinds of refugees, from evacuees and displaced persons, to population transferees, mandatory workers, and forced laborers.

Refugees, Relief, and Resettlement: Forced Migrations and World War II represents an ambitious first step in a series of titles that will explore the history of refugeeism from the late-nineteenth century through mid- to late-twentieth.

Relates to Current Issues: Forced migration represents one of the most pressing issues of our time. From the flight of Rohingya from Myanmar and Syrians from their homeland to long-standing crises in Sudan and Afghanistan, the world refugee crisis has reached levels not seen since the end of World War II. In the same way, refugee influxes today have transformed government, immigration policy, national security strategies, and economic conditions in the age of Brexit, Donald Trump, and European nationalism. Refugees, Relief, and Resettlement: Forced Migration and World War II sheds light on how nearly 60 million displaced persons by the war’s end would significantly reshape post-war diplomacy, political life, the economy, and society across nations.

Growing Academic Field of Study: The study of forced migration, or refugee studies, is an expanding field as the plight and presence of refugees gain more media attention and require a growing number of professionals to address the needs of these populations. Programs dedicated entirely to refugee studies, courses, and course sections on refugee issues in a variety of disciplines in the humanities and social sciences are matched only by the rapid growth of peer-reviewed publications on this topic.

Refugees, Relief, and Resettlement: Forced Migration and World War II includes the following collections, which are being digitized for the first time:

Refugee Records from the Public and Judicial Department Collections of the British India Office, 1939–1952, sourced from the British Library

As the largest British colony in Asia, India served as a stopping point for refugees from Asia and Africa. In particular, these records document the plight of refugees from Thailand, Burma (Myanmar), China, and other Japanese-occupied territories.

Records of the Department of State Relating to the Problems of Relief and Refugees in Europe Arising from World War II and Its Aftermath, 1938–1949, sourced from the National Archives Records Administration (NARA)

This collection addresses the U.S. State Department’s focus on “how to handle relief measures in the throes of political conflict and war” and “how to deal with refugees displaced by persecution and fighting and unable to return to home in the war’s aftermath.” Key records address American immigration law and immigration policy, the quota system set for immigrants, and possible amendments to that system. They also cover the treatment of European Jews attempting to flee from the Holocaust, Nazi Germany, and Nazi-occupied territory. The collection also explores the smuggling of Jewish and other refugees out of Europe, the activities of the War Refugee Board, the work of the only emergency refugee shelter in the United States, and the post-war repatriation of refugees alongside the resettlement of refugees in major urban centers like New York City.

This collection documents the role of the British Fund for World Jewish Relief in aiding Jewish refugees, including Jewish children, forced to flee from Nazi oppression and survivors of the Holocaust. It also documents the organization’s role in helping newcomers and those who were liberated from concentration camps and transitioned to post-war life and rebuilt the Jewish community. In contrast to the government document collections, these records open a window into the inner workings of a leading non-governmental organization (NGO) in addressing the refugee crisis. 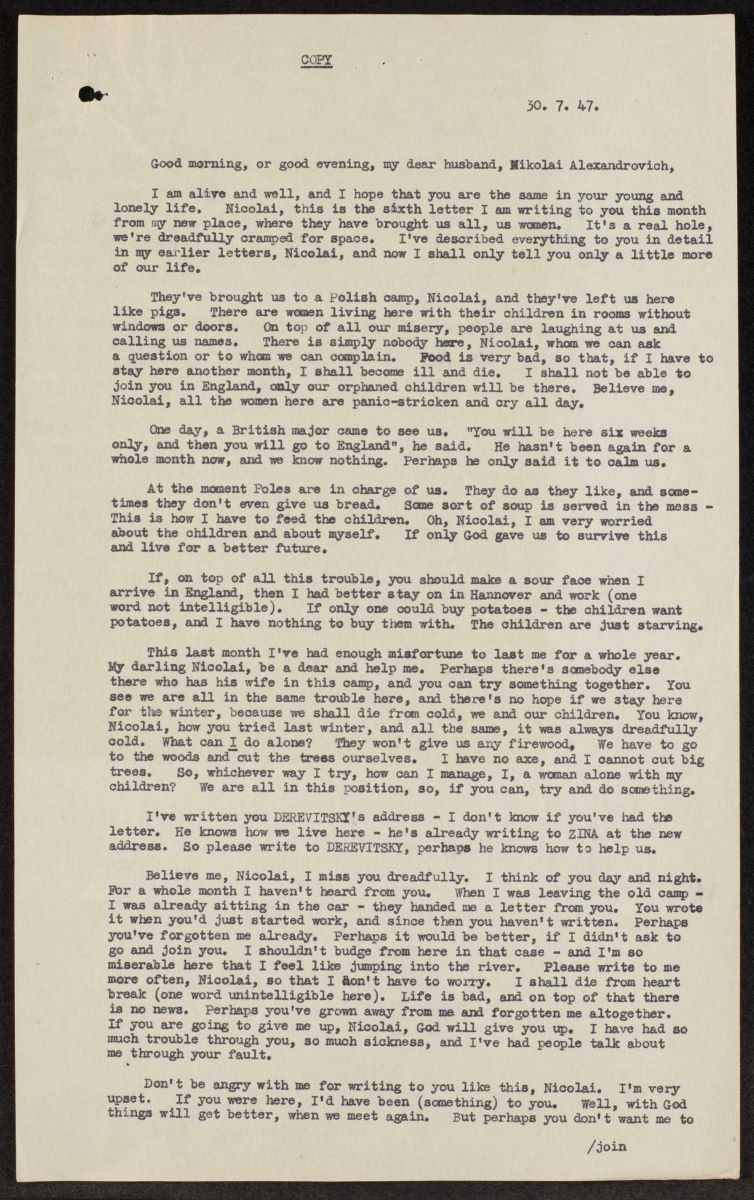