Delve into firsthand accounts from more than 400 years of history in the Americas drawn from Joseph Sabin's famed bibliography, Bibliotheca Americana

Sabin Americana: History of the Americas, 1500–1926 offers a perspective on life in the western hemisphere, encompassing the arrival of the Europeans on the shores of North America in the late fifteenth century to the first decades of the twentieth century. Covering more than 400 years and more than 65,000 volumes in North, Central, and South America and the West Indies, this easy-to-use digital collection highlights the society, politics, religious beliefs, culture, contemporary opinions, and momentous events of the time through sermons, political tracts, newspapers, books, pamphlets, maps, legislation, literature, and more.

This digital collection, drawn from Joseph Sabin's famed bibliography, Bibliotheca Americana: A Dictionary of Books Relating to America from Its Discovery to the Present Time, includes the following topics:

In 1868, Joseph Sabin produced a prospectus for his famous bibliography of monograph works about the "Americas" that he and his successor authors struggled to produce. This was no small undertaking. Sabin himself wrote "Had the magnitude and extreme difficulty of the undertaking been presented to my mind in full proportion at the outset, I should never have attempted it; and, indeed, I may remark, that I have more than once almost determined upon its abandonment; but a deep sense of its importance, however, imperfectly it may be executed, and a strong partiality for bibliographical pursuits, have stimulated me to continue my labor."

The authors of the "The Final Statement" to his bibliography noted years later that when "Sabin"—which served as the shorthand reference to the bibliographical project—began "there were no departments of American history in American colleges and universities, and the recognition of American history in the academic world had to wait nearly two decades for the founding of the American Historical Association. But thousands of young teachers and students of American history and literature and culture who later were to thrill their classes by their method or their spirit have come to profit by the labors of Joseph Sabin." And the benefits of working with Sabin's bibliography remains with us even today.

Joseph Sabin's Bibliotheca Americana was produced over the course of nearly 60 years. As the introduction to the final volume notes: "'Sabin' is not the work of two or three individuals but is a greater cooperative enterprise which never could have reached its present usefulness without the aid of hundreds of persons whose names and services were known only to the editorial staff. Librarians, cataloguers, scholars and collectors have searched their shelves and their historical notes in order to make these records more complete."

Sabin reaches into all aspects of American history and culture. It touches upon the political and religious life in North America and at times South America and the Caribbean. It features American and European views of the colonization of the Americas, the American Revolution, the days of the early Republic and Jacksonian period, the antebellum period, Civil War, era of Reconstruction and post-Reconstruction, the settlement of the West and the onset of the Gilded Age. Through published pamphlets, tracts, memoirs, congressional legislation, correspondence, broadsides, biographies, histories, fiction and poetry, eulogies, sermons and innumerable other genres, Sabin opens a window onto the Americas through which few get to glimpse.

“Sabin Americana is a collection of 29,000 digitised books, pamphlets, serials, and other documents that provide original accounts of exploration, trade, colonialism and more, published from 1500 to the early 1900s . . . . The page number and image number of hits within the work are shown, making it easy to select a link direct to the relevant pages.” 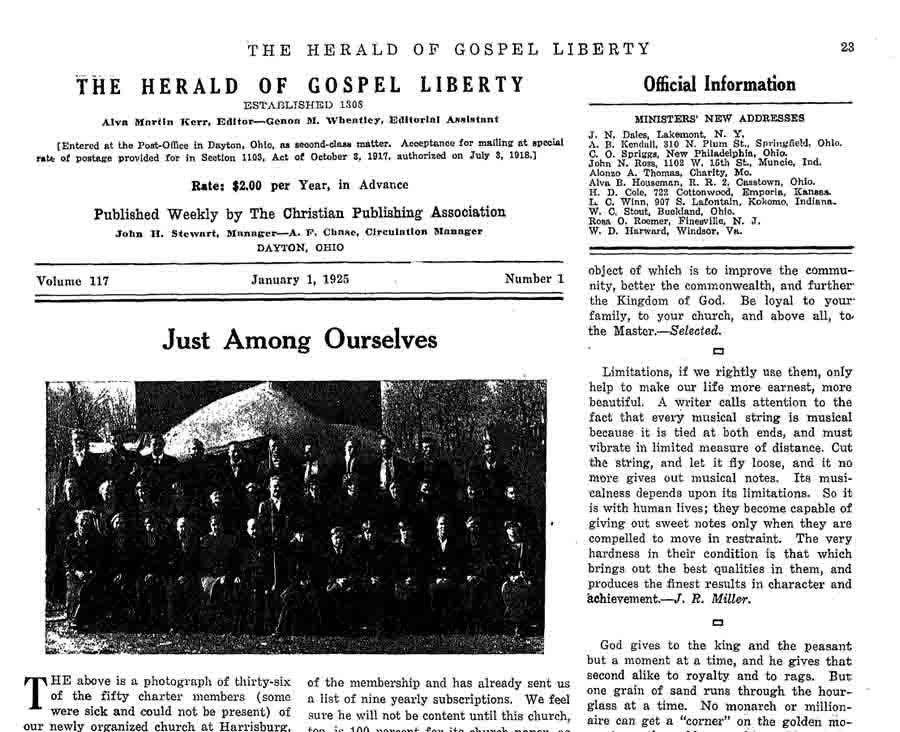 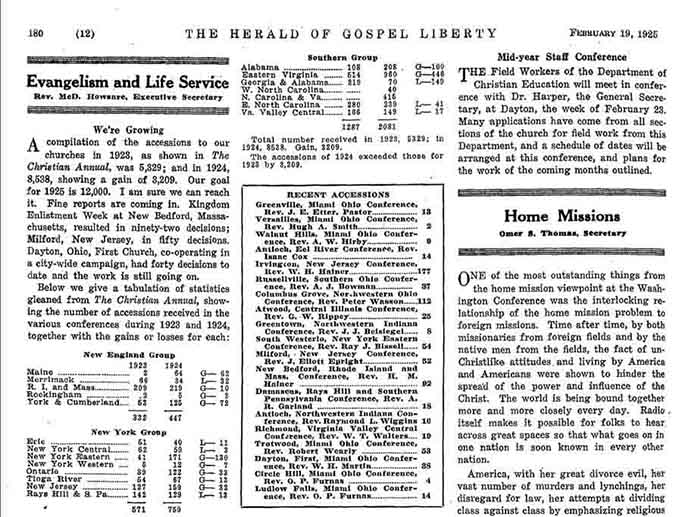 Types of illustrated work can include charts, cartoons, and maps 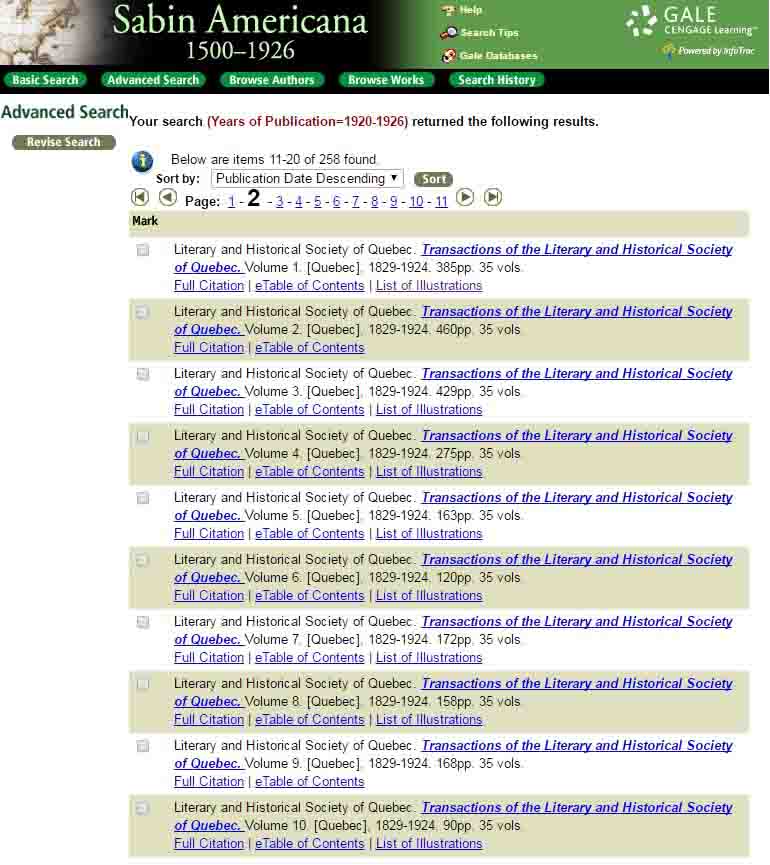 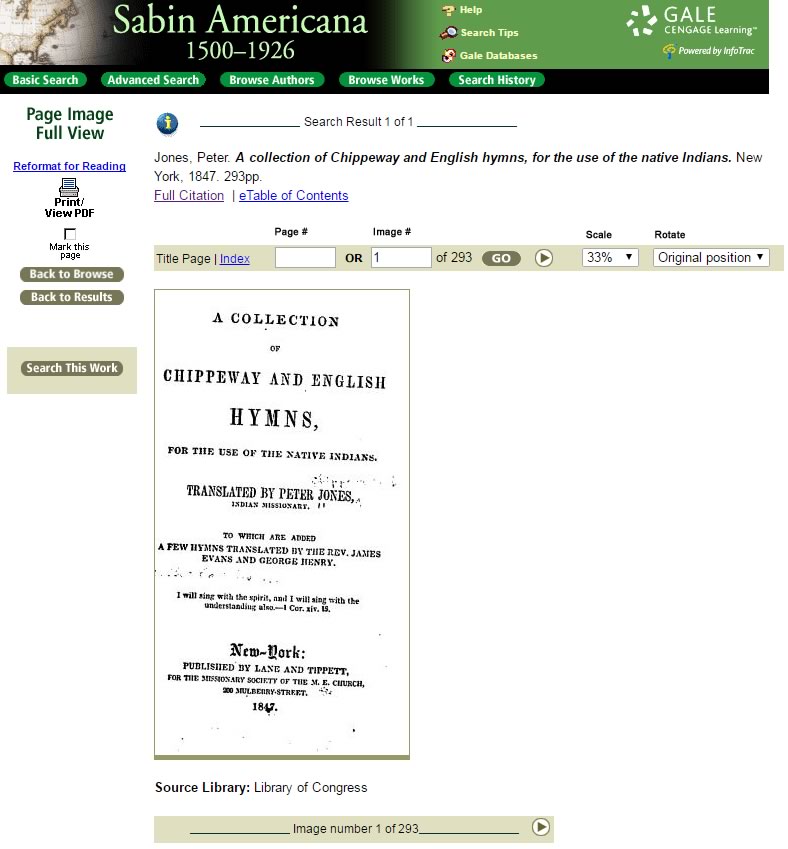 “The images are superb, and can be resized or reformatted for reading. Users can e-mail links and print a maximum of 50 pages at a time. Most likely to acquire this resource are large university libraries; four-year colleges and consortia should acquire it for the benefit of upper-level history students. Summing Up: Recommended.”