Explore a range of documents that capture the details of England's diplomatic, business, and political interactions with other nations during the Tudor era.

The Tudor era was witness to great change, revolution, and transformation, particularly affecting matters of faith and politics that are still influential today. As part of the Gale Primary Sources family, State Papers Online: State Papers Foreign: Ireland, Scotland, Borders and Registers of the Privy Council: Part II: The Tudors, Henry VIII to Elizabeth I, 1509–160 details every foreign facet of early modern government, including international relations, alliances, wars, naval and military policy, commercial and maritime law, trade, intelligence, and correspondence between the Tudors and their regal peers.

Part II: The Tudors: Henry VIII to Elizabeth I, 1509-1603: State Papers Foreign: Ireland, Scotland, Borders and Registers of the Privy Council completes the State Papers of the Tudor period by reuniting the Foreign, Scotland, Borders, and Ireland papers for the sixteenth century together with the Registers (Minutes) of the Privy Council for the whole of the Tudor period. Part II opens up a window on the Tudor world beyond the borders of England, documenting Tudor England's relations with other states both near and distant, including those it sought to control (Scotland, Ireland, and Wales), those it fought wars or maintained peace with in Europe (the Holy Roman Empire, Spain, and France), and those it traded with (the Ottoman Empire, the Barbary Coast, and Russia). Part II's comprehensive coverage of international diplomacy, colonial policy, commercial and maritime law, trade and industry, and naval and military policy offers early modern historians key insights not only into the inner workings of the Tudor court but also into the courts of its foreign allies and enemies.

Owing to the international reach of the State Papers, users will find hundreds, in some instances, thousands of documents partly or completely written in non-English languages including, but not limited to, Dutch, French, German, Italian, and Spanish.

“The combined collections that comprise the database provide an unprecedented opportunity to view facsimiles of the key primary source documents for British history during an extensive period between 1509 and 1782. A particular strength is the integration of documents from various collections, with access provided by text-searchable calendar abstracts and metadata for uncalendared manuscripts. The great majority of the foreign affairs documents from the 17th and 18th centuries had not previously had any indexing access.” 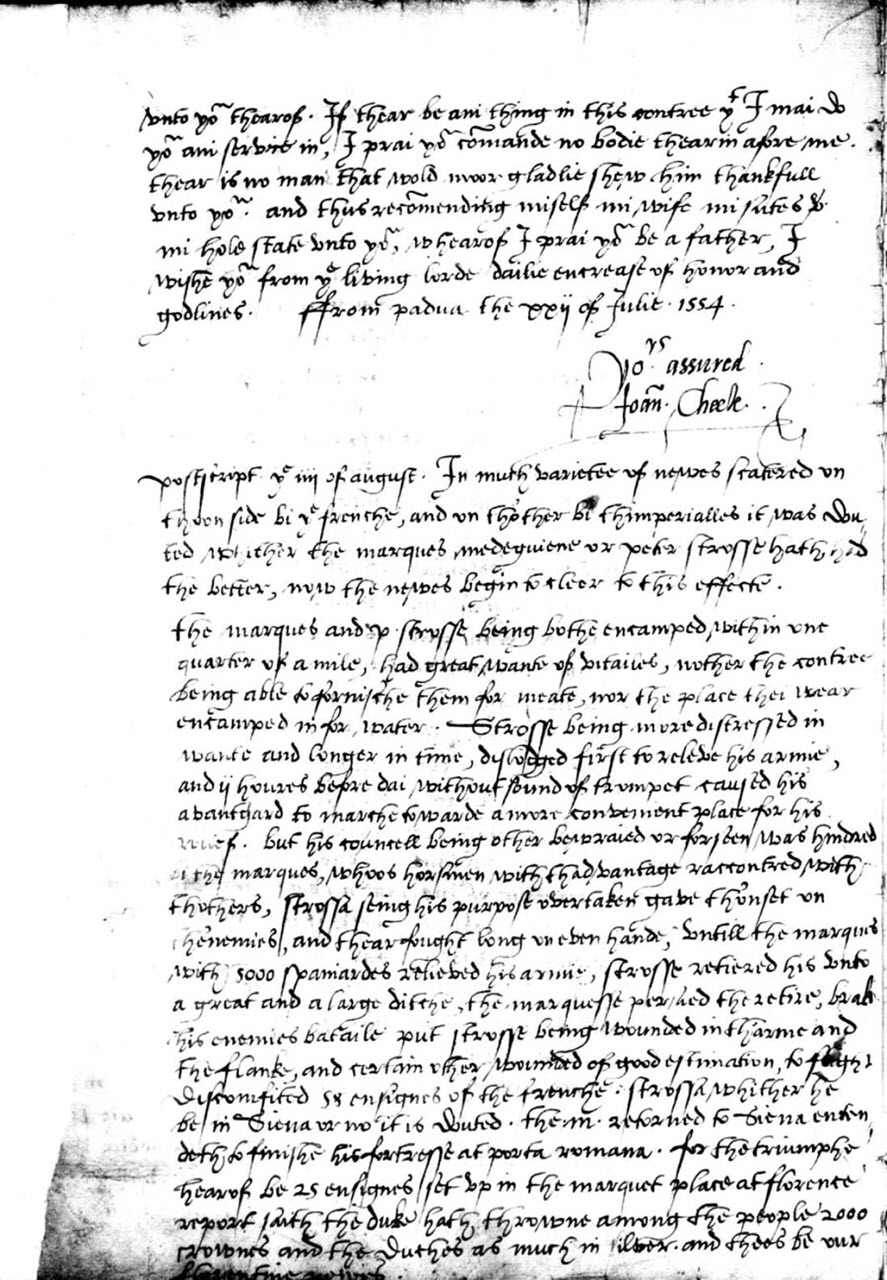 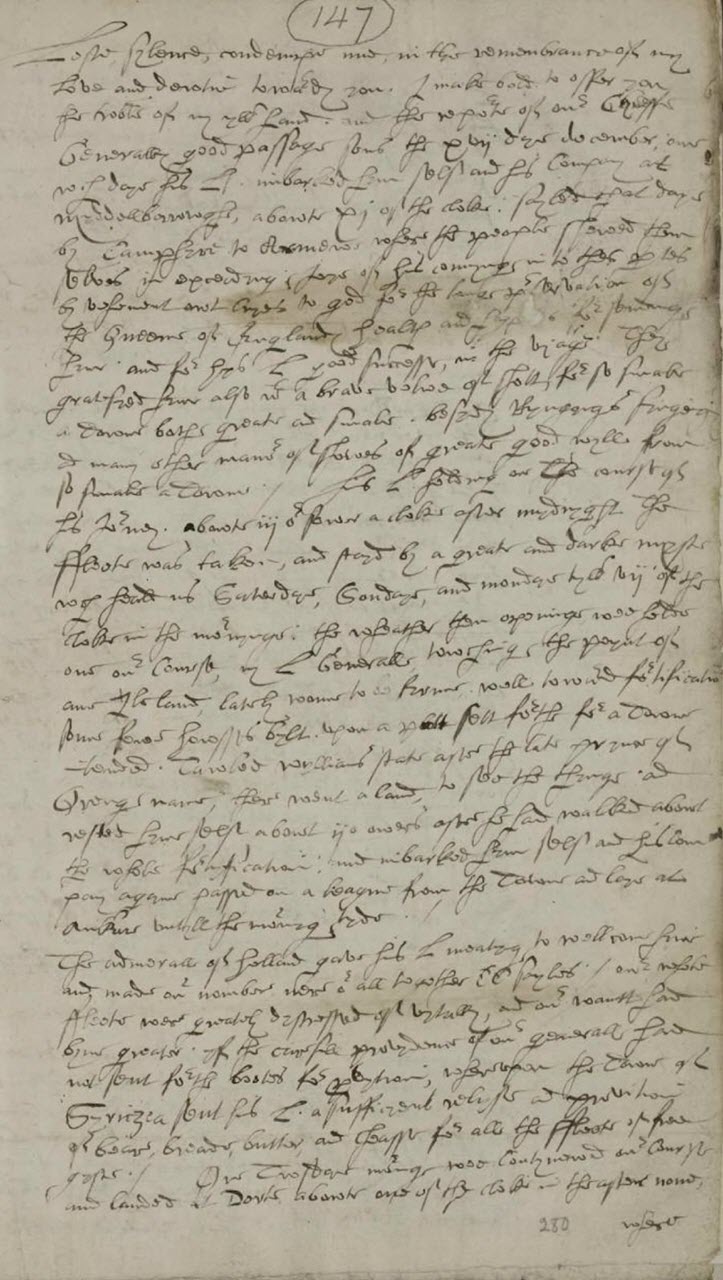 Elizabeth I and the Low Countries, 1585 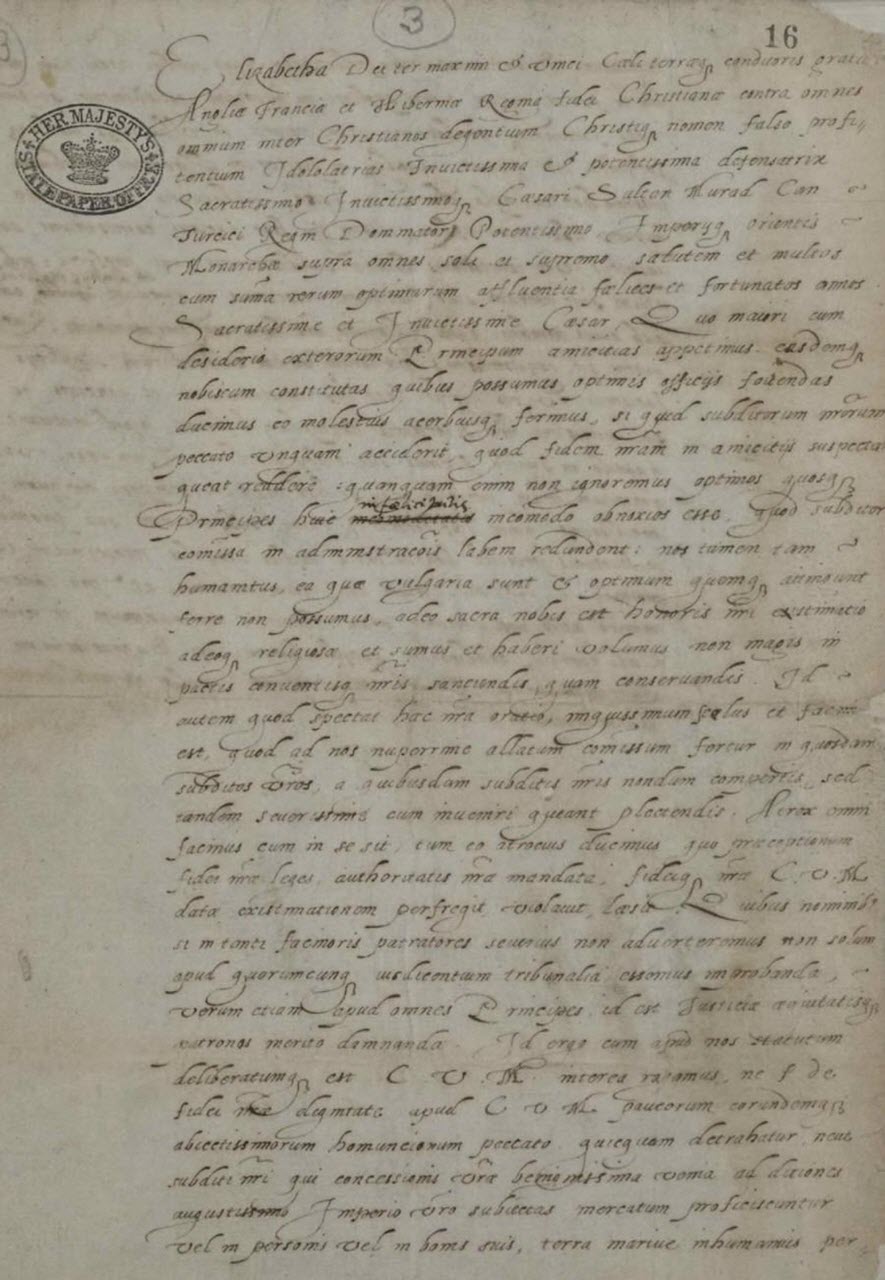 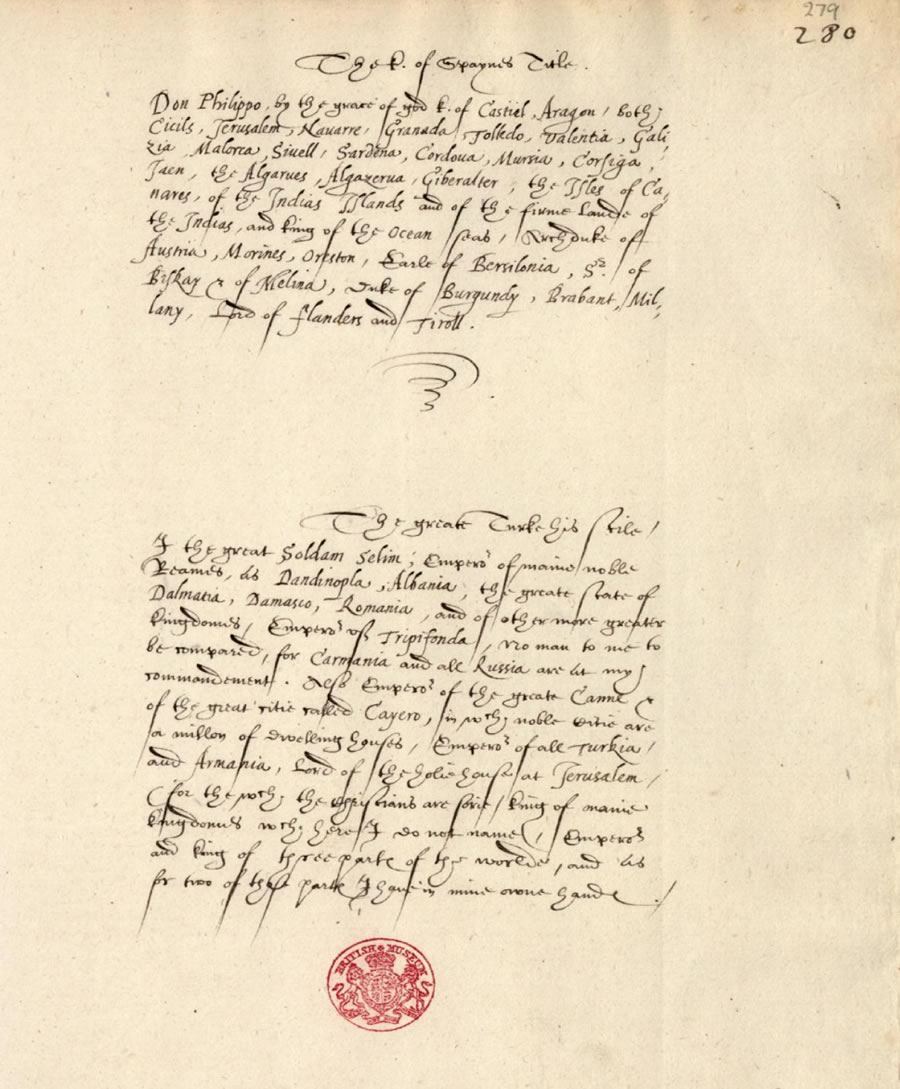 Titles of the King of Spain and the Sultan of Turkey; c. 1587