The Listener was a weekly magazine established by the BBC in 1929 under its director-general, Lord Reith. It was the intellectual counterpart to the BBC listings magazine, Radio Times. Developed as the medium for reproducing broadcast talks -- initially on radio, but in later years television as well -- the Listener is one of the few records and means of accessing the content of many early broadcasts. In addition to commenting expanding on the intellectual broadcasts of the week, the Listener also previewed major literary and musical shows and regularly reviewed new books.

Over its sixty-two-year history, the Listener attracted the contributions of literary icons such as E. M. Forster, George Orwell, Bertrand Russell, George Bernard Shaw, and Virginia Woolf. It also provided an important platform for new writers and poets, with W. H. Auden, Sylvia Plath, and Philip Larkin being notable examples.

Articles were diverse, with features on the death of King George V; a series of essays accompanying Sir Kenneth Clark's landmark art history show Civilization; interviews with authors such as Vladimir Nabokov; and the historian Geoffrey Elton writing on the decline of British universities in the 1960s. What united them was the BBC's cultural mission (as created by Reith) of educating the masses.

“The Listener was where the British did their thinking. Literate and engaged, it had the mild irony of all the best of British culture. Unlike most magazines, it combined reflections on politics and what was in the news with the arts, but not from any partisan clique. The only thing you signed up to when you bought The Listener was informed skepticism and wit. The online archive is a seam of pure gold for researchers, politics, writing, theatre, and social observation, but it offers many delights for browsers as well.”

- Jean Seaton, professor of media history and official historian of the BBC, University of Westminster 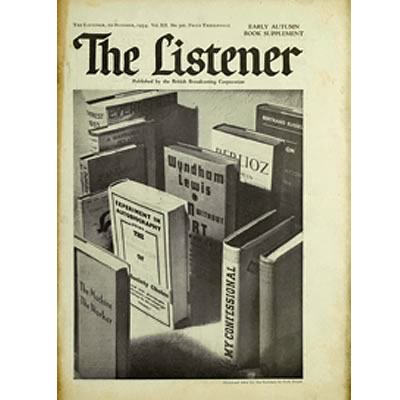 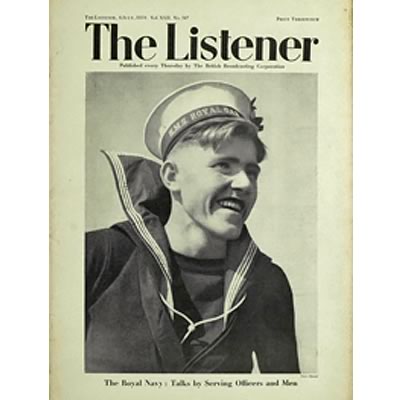 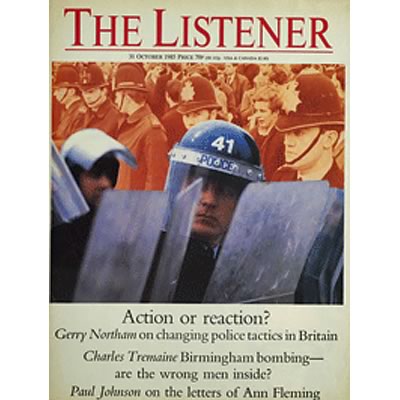 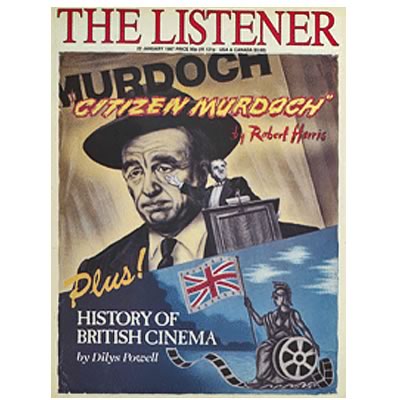 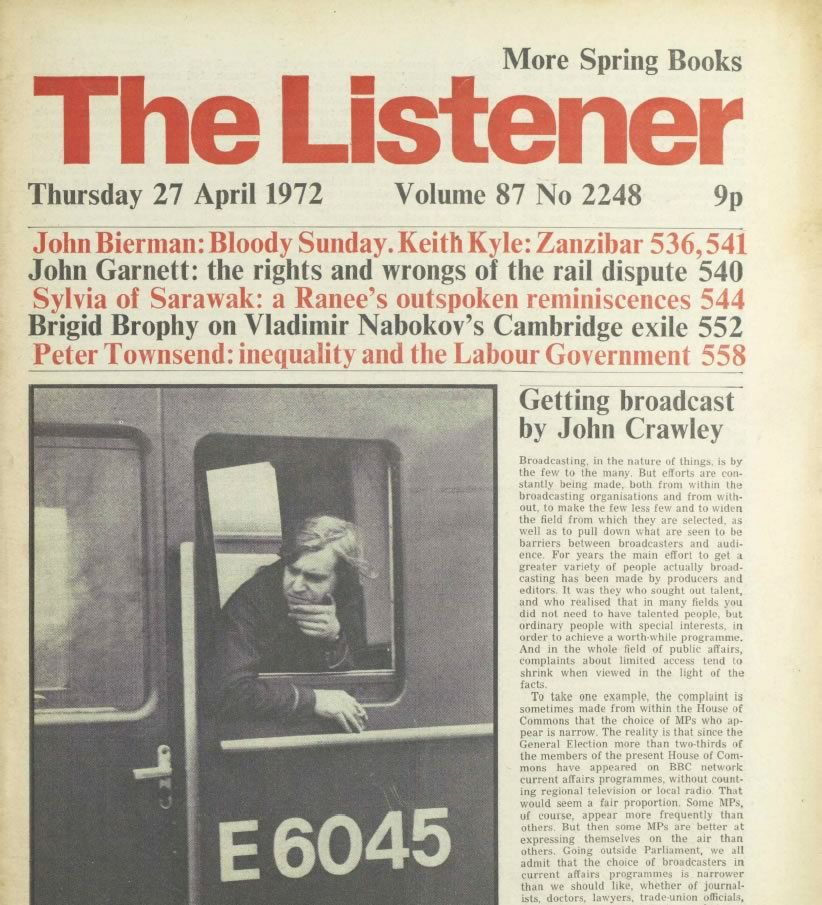 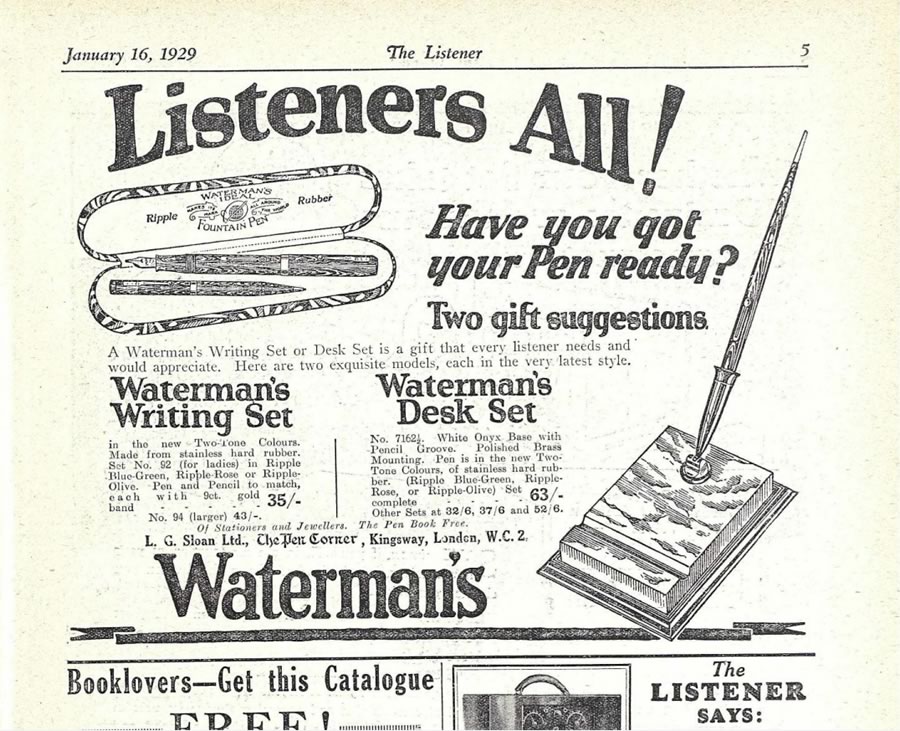 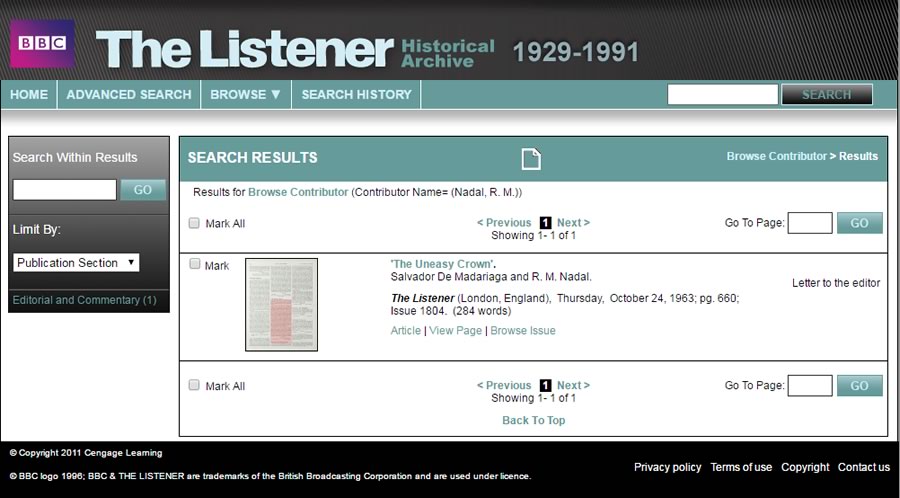 “The Listener is a great resource for me because it’s basically the only written record of the mid-20th-century BBC that’s widely available. Due to shortages, for most wartime broadcasts, few programs were recorded, and the ones that were tended to be wiped and recorded over; as a result, the related articles and broadcast transcriptions in The Listener are often the best resource for finding out about broadcast history: i.e. what was actually playing on the BBC.”