Seventeenth and Eighteenth Century Burney Newspapers Collection represents the largest single collection of early modern English news media available from the British Library and includes more than 1,000 pamphlets, proclamations, newsbooks and newspapers from the period. This collection helps researchers chart the development of the newspaper as we now know it, beginning with irregularly published transcriptions of Parliamentary debates and proclamations to coffee house newsbooks, finally arriving at the newspaper in its current form.

A well-known collection at the British Library, the original Burney volumes are in fragile condition and are restricted from reading-room use except as microfilm. Through a partnership with the British Library, Gale has digitally scanned each page of this collection, and with Seventeenth and Eighteenth Century Burney Newspapers Collection brings these rare documents to scholars around the world in an easy-to-use, full-text searchable digital format.

Gathered by Reverend Charles Burney (1757-1817), a notable scholar and son of a well-known music historian of the same name, this collection covers more than two hundred years of accounts, explanations, and points of views. More than 700 bound volumes of newspapers relate political, educational and economic situations -- including English provincial, Irish, Scottish and a handful of papers from British colonies, in the Americas and Asia -- relate political, educational and economic situations chosen from more than three dozen cities. These rare and restricted documents are now available online and students and academics can conduct full-text searches of nearly 1 million pages from approximately 1,270 titles spanning from Parliamentary papers and the London daily news to the latest English humour of the 1600s. 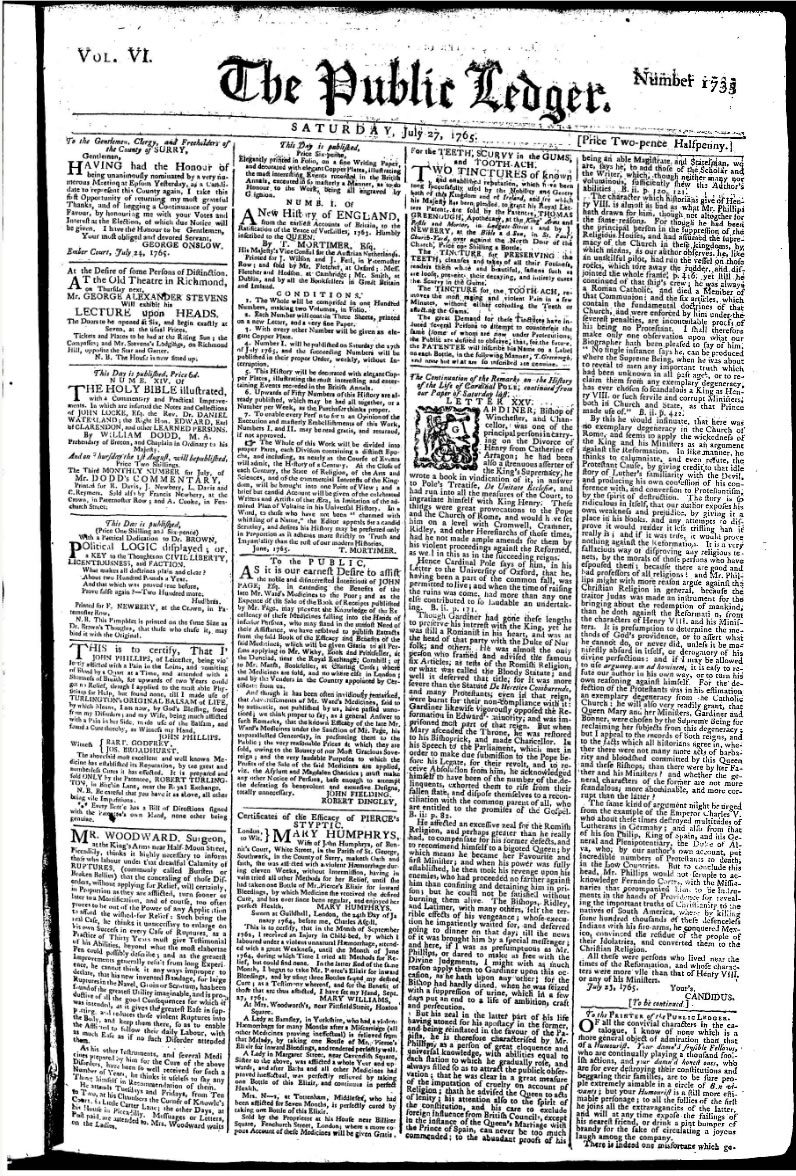 When John Newbery established his daily newspaper, the Public Ledger, or Daily Register of Commerce and Industry, he made a contract with Oliver Goldsmith "to furnish papers of an amusing character". 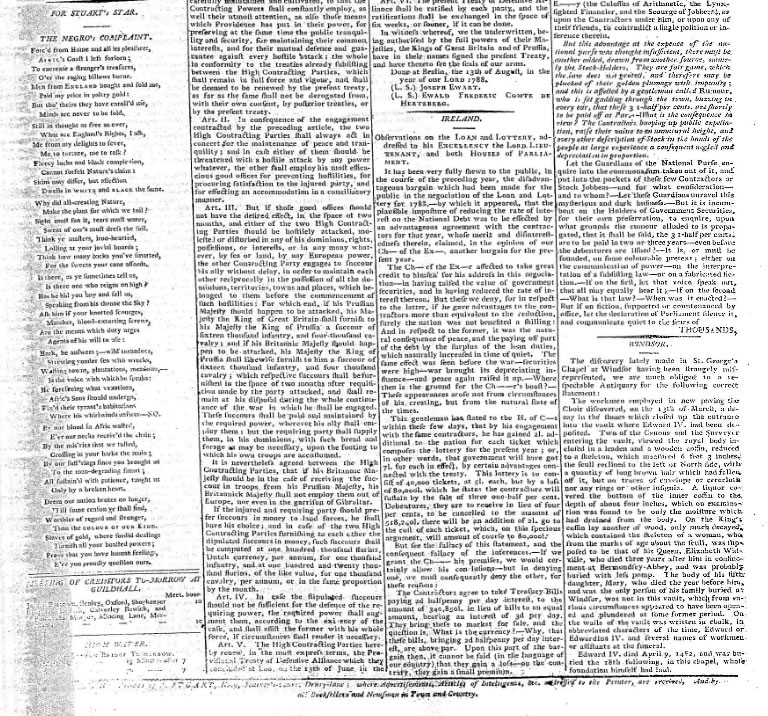 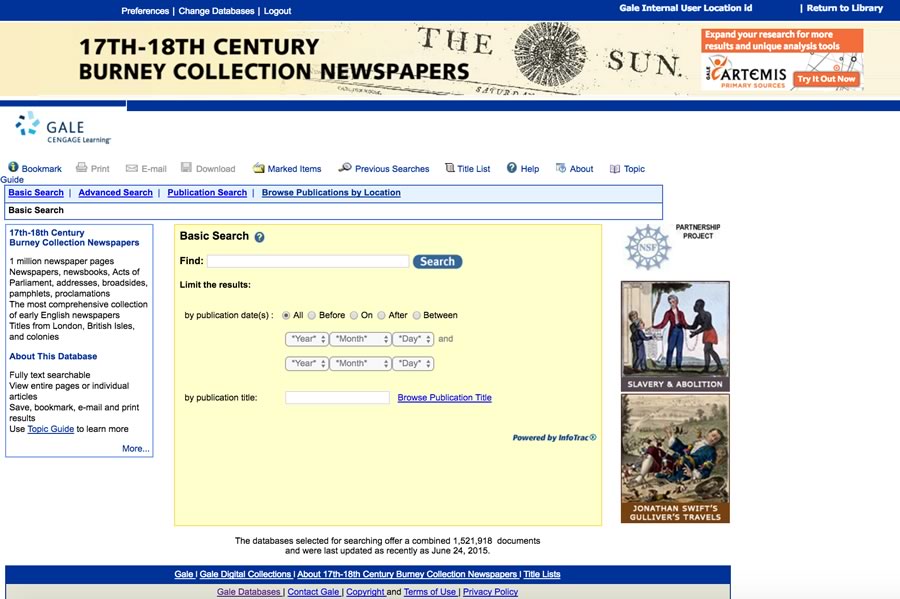 “Being able to search through this fascinating collection online is practical, allowing for instant access to clear and printable copies of historical papers, and also addictive.”