Series
Archives of Sexuality and Gender

OVERDUE EXPLORATION OF SEXUALITY AND GENDER IN UNDERREPRESENTED REGIONS

International Perspectives on LGBTQ Activism and Culture, the fourth module in the Archives of Sexuality and Gender programme, examines populations and areas of the world previously underrepresented in prevailing scholarship on sexuality and gender, with a particular focus on southern Africa and Australia. The module also provides significant coverage of lesbian and feminist organisations, and lesbian culture internationally.

Alongside LGBTQ history, the module explores other individual and collective struggles for rights and freedoms. Contextualising sexuality within wider narratives of cultural and social history helps counter the erasure of LGBTQ stories and experiences from official histories.

Including manuscripts, periodicals and other ephemera, International Perspectives on LGBTQ Activism and Culture totals around 450,000 pages of content dating from the 1820s, with the bulk of the material between 1970–2016.

GALA is a centre for LGBTQ culture and education in South Africa, founded to address the erasure of LGBTQ experiences from official archives, histories and other spaces in South Africa. Set up in 1997 as the Gay and Lesbian Archives, the name changed in 2007 to Gay and Lesbian Memory in Action to encompass their expanding range of activities. International Perspectives on LGBTQ Activism and Culture includes 25 GALA collections (over 99,000 pages) covering numerous aspects of LGBTQ life in southern Africa. Highlights include:

Established in the 1970s, the Lesbian Herstory Archives states that the organisation preserves records of lesbian lives and activities so that future generations will have ready access to materials, and researchers and scholars will be able to uncover the herstory previously ignored. This module includes around 130,000 pages of manuscripts and ephemera from two collections.

Australian Queer Archives (AQuA) is a community group that collects and preserves material of an international scope, but focusing mainly on LGBTQ life in Australia, from the time of the Gold Rush to the battles against AIDS. This module includes the 122 titles in the AQuA periodical collection. Totalling over 216,000 pages, this is the largest collection of Australian LGBTQ periodicals available and provides a window into Australian LGBTQ history and culture from the 1970s to the 2000s.

The AQuA periodicals provide coverage at a national level, such as OutRage and Gayzette, as well as state level, such as CAMP NSW Newsletter and Speaking Volumes (Adelaide). There are also titles specific to the large metropolitan centres such as Capital Q (Sydney) and Now in Melbourne, and titles covering issues and organisations such as AIDS Action (Canberra) and Sydney Gay and Lesbian Mardi Gras Guide. 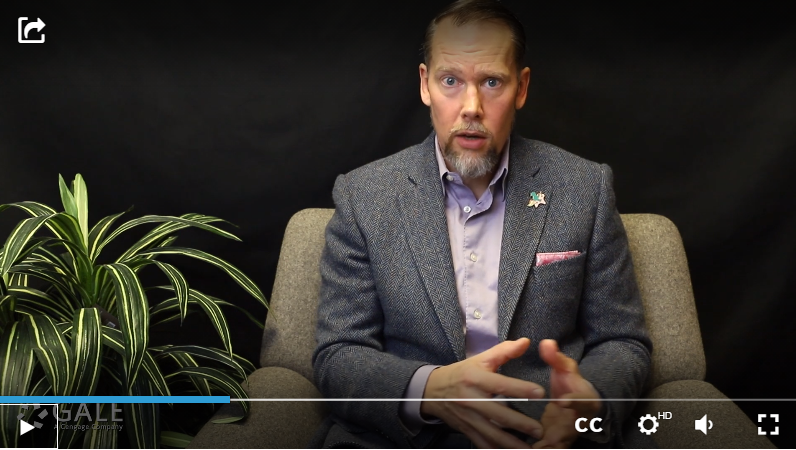 Click here to watch a series of videos in which Phil Virta, the Senior Acquisitions Editor steering Gale's award-winning Archives of Sexuality and Gender series, explains the unique value of this module to students and researchers; delves into the content in each of the three collections; celebrates the volunteerism and passion of the organisations who have gathered and protected this material; and considers how this module can support institutions looking to decolonise the curriculum.

Image from the periodical Outrage (1999), from the Australian Lesbian and Gay Archives

Advertising in the periodical Outrage (1999), from the Australian Lesbian and Gay Archives

Letter from Simon Nkoli in March 1985, written whilst detained after being charged with treason in 1984. From The papers of Simon Tseko Nkoli collection, Gay and Lesbian Memory in Action, South Africa.

Act Up Survey from the Lesbian Herstory Archives

Subject indexing at article level to aid searching by author, topic and region.

"The program, which brings together about 1.5 million pages of rare and unique primary source content, is continuing to make an impact. It has become one of the most commercially successful Gale archives and can be found in institutions all around the globe. It recently won the PROSE award for "Best eProduct/Best in Humanities", presented by the Professional and Scholarly Publishing unit of the Association of American Publishers."

"The importance of individuals having access to these materials through local and university library subscriptions cannot be overstated. For many queer people, looking up homosexual or transgender at the library is a first step to self-knowledge—it certainly was for me—and it’s one that’s usually met with somewhat frightening clinical descriptions. With access to this resource, searchers will find themselves awash in a much richer—and inspiring—history than they might otherwise have encountered."

“Created for students and researchers . . . the product offers rare and unique documentation, including organizational papers, government documents, newsletters, photographs, and private correspondence...This is an ambitious beginning to another robust tool from Gale.”

“This is a very unique resource and represents a major and meaningful effort to support the study of LBGTQ issues. It is highly recommended for academic and large public libraries. It is carefully and thoughtfully constructed and enhanced with advanced search tools.”

Archives of Sexuality and Gender: LGBTQ History and Culture Since 1940, Part II >

Archives of Sexuality and Gender: Sex and Sexuality, Sixteenth to Twentieth Century

Archives of Sexuality and Gender: Sex and Sexuality, Sixteenth to Twentieth Century >