The second half of the nineteenth century through the political, commercial and military papers of British diplomats, plenipotentiaries and merchants in China.

Covering the second half of the nineteenth century, Part II of China and the Modern World: Imperial China and the West completes the Foreign Office series of general correspondence relating to China (FO 17) and offers an unparalleled level of insight into Anglo-Chinese relations, the roles of China, Britain and other Western Powers in the wider Asian context, and the beginning of the end of China's final Imperial dynasty, the Qing.

As the Western Powers competed to extend their influence in China, building railways and mines, providing ships and weapons and granting loans to the Chinese government while conducting hugely profitable trade from the busy ports of Canton, Shanghai, Amoy, Ningpo, Chefoo and more, the Qing dynasty faced challenges, both internal and external, to their position as a great Power in Asia.

The Foreign Office correspondence within Part II illustrates the wide range of issues that concerned the British in China, as well as major events in the region, covering the Chinese role against the French in Tonkin (northern Vietnam), disputes over Korea and Taiwan, the development of the First Sino-Japanese war and the Treaty of Shimonoseki, as well as the Boxer Rebellion and the siege of the international Legations in Beijing. The British representatives throughout the region provide valuable reports and opinions, and of particular interest are the volumes of correspondence to and from the British representatives at Seoul. Alongside the hundreds of volumes (FO 17/873–1768) of correspondence in FO 17, Part II also contains several volumes of Law Officers’ reports to the Foreign Office focused on China, held separately in series FO 83.

These hand-written documents have been opened up to scholars with the use of Handwritten Text Recognition (HTR) technology, as well as item-level information drawn from the Foreign Office Indexes in series FO 605 or newly created for Imperial China and the West. Researchers will also find Foreign Office indexing from series FO 566, FO 804 and FO 738.

Major historical events and topics are covered in the archive, including; 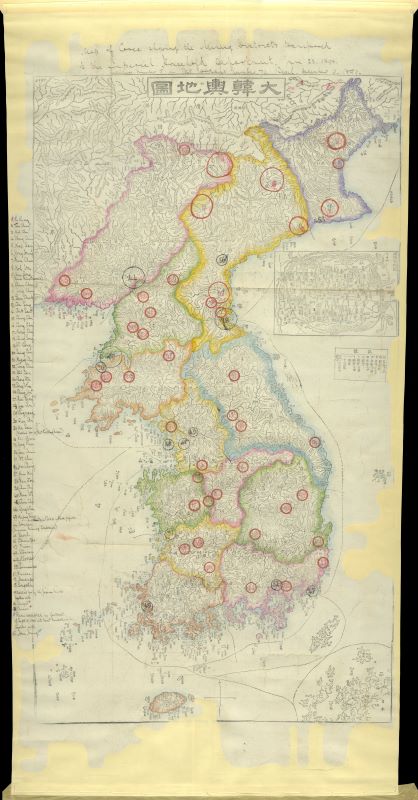 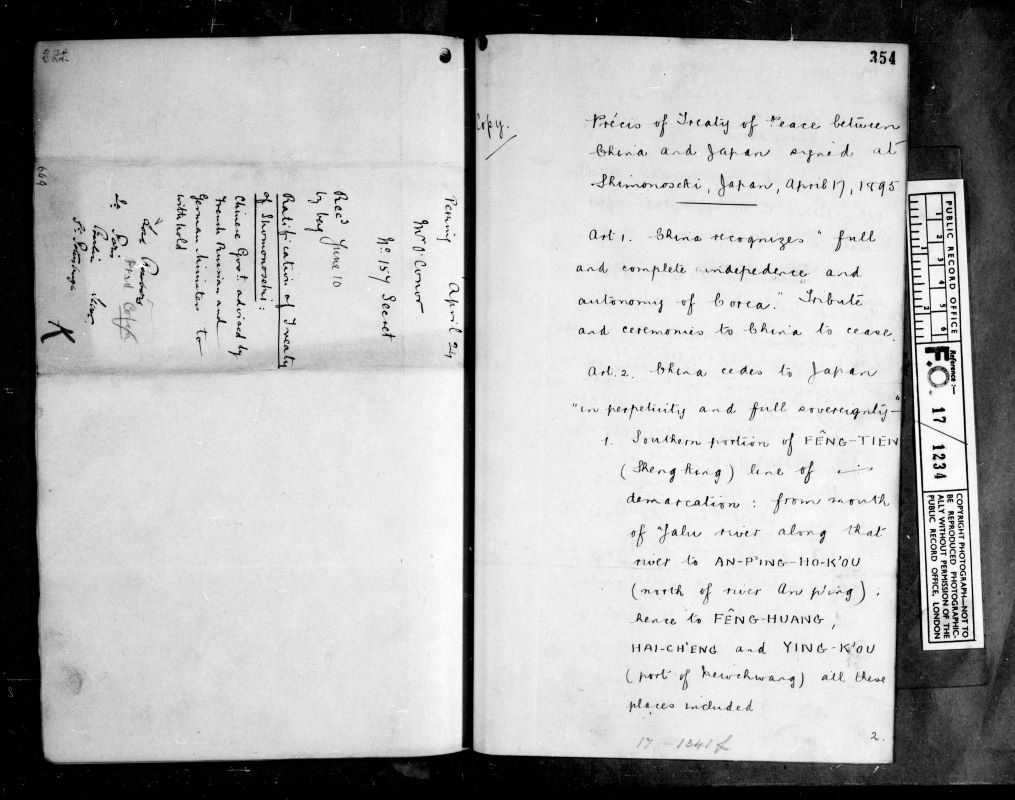 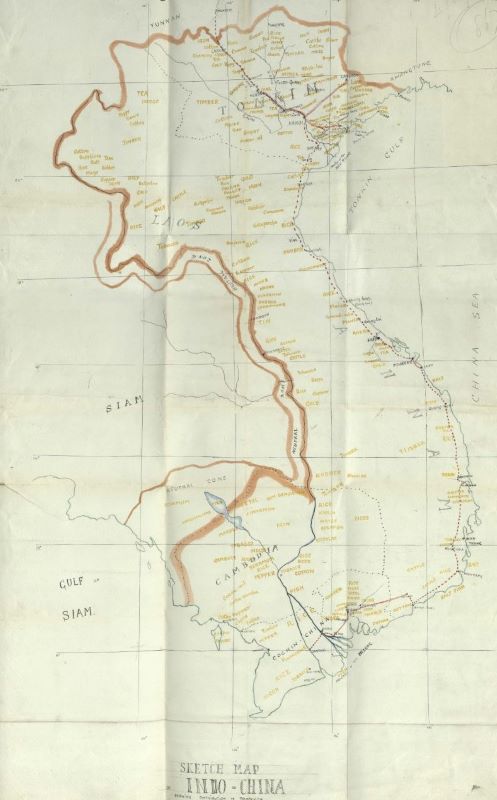 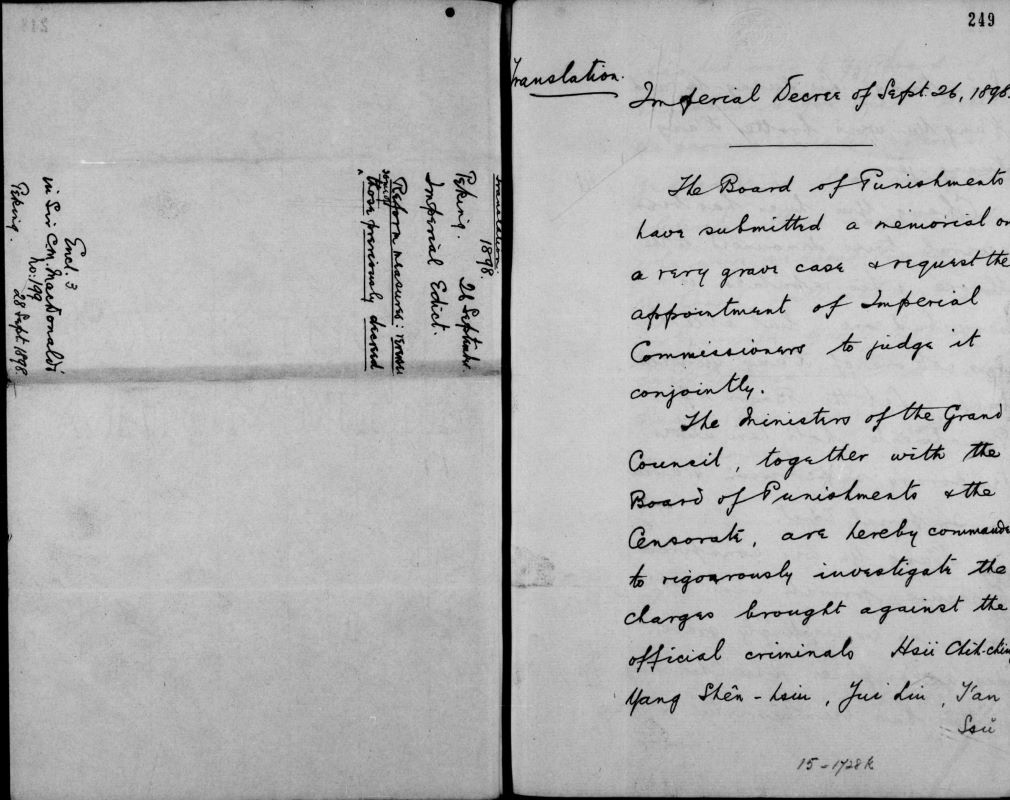 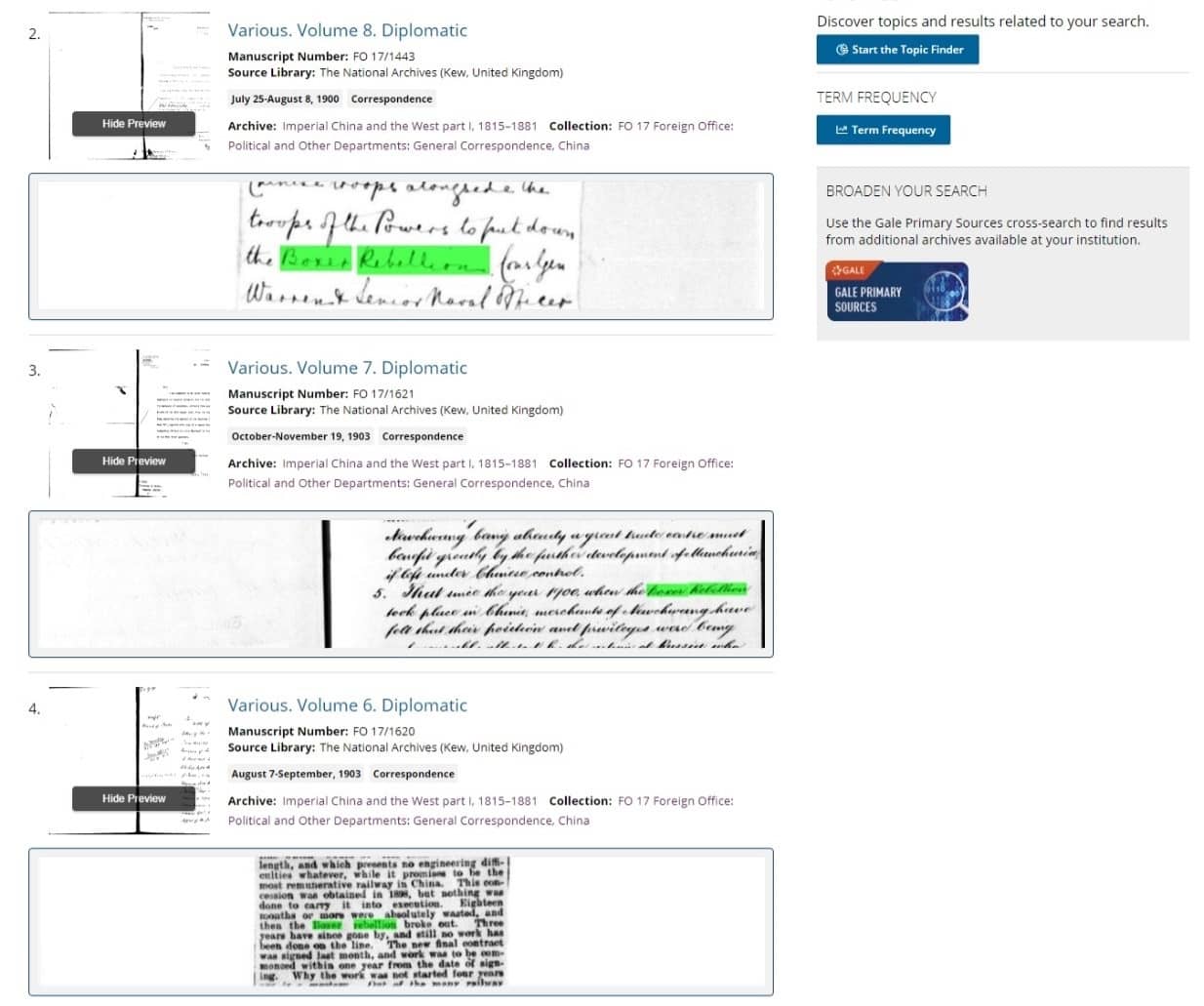 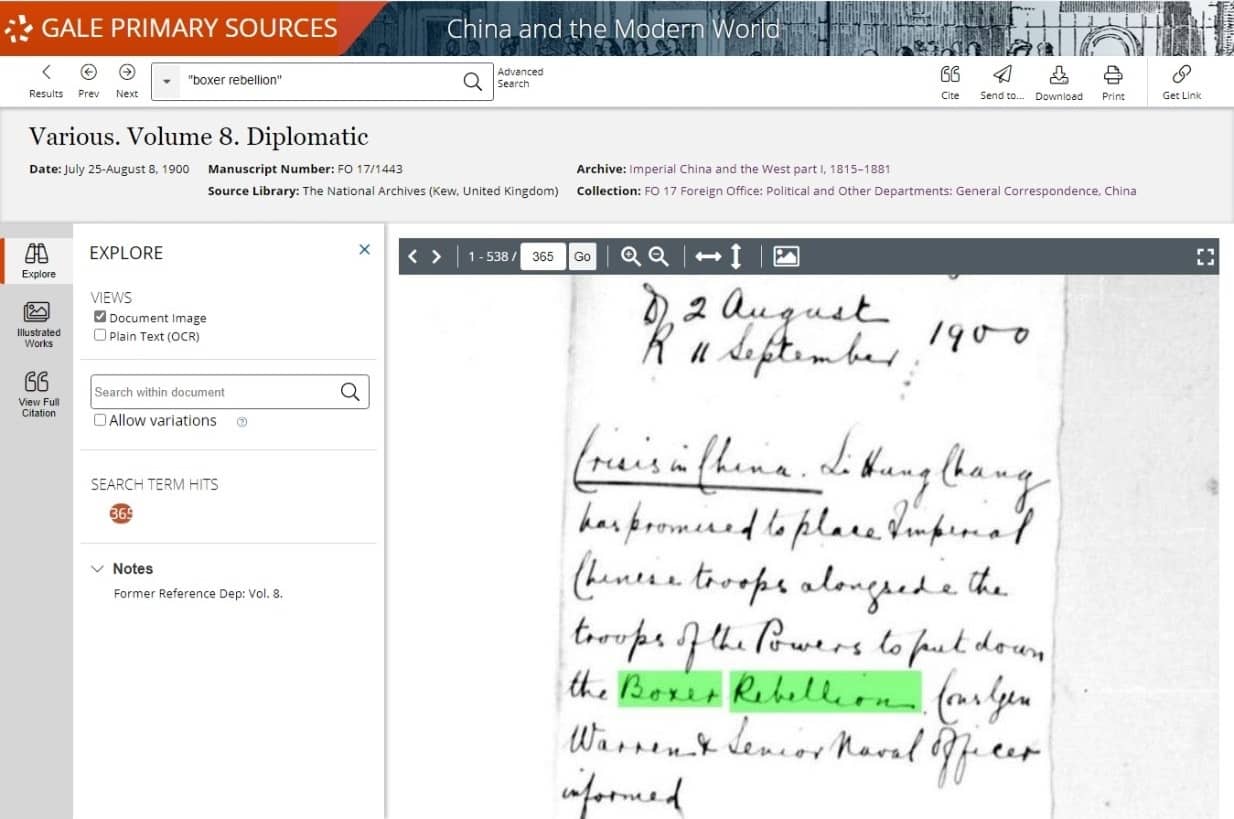 Professor of History, University of Massachusetts at Amherst

Professor of History and Director of Center for China Studies, Chinese University of Hong Kong