Critical Responses to the most influential Literature of the 19th Century

Nineteenth-Century Literature Criticism assembles critical responses to the works of nineteenth-century writers of all genres—novelists, poets, playwrights, journalists, philosophers, political leaders, scientists, mathematicians and other creative writers from every region of the world.

Each volume in this long-standing series profiles approximately four to eight literary figures who died between 1800 and 1899 by providing full-text or excerpted criticism reproduced from books, magazines, literary reviews, newspapers and scholarly journals, allowing end-users to engage with a variety of scholarly views and conversations about authors, works and literary topics.

Each group of carefully selected critical responses is preceded by a clear, accessible introductory essay. These essays are written, and entries compiled, by professional literature researchers and other subject matter experts; many include an author portrait. Each of the approximately 50 essays per volume includes a full citation and annotation. 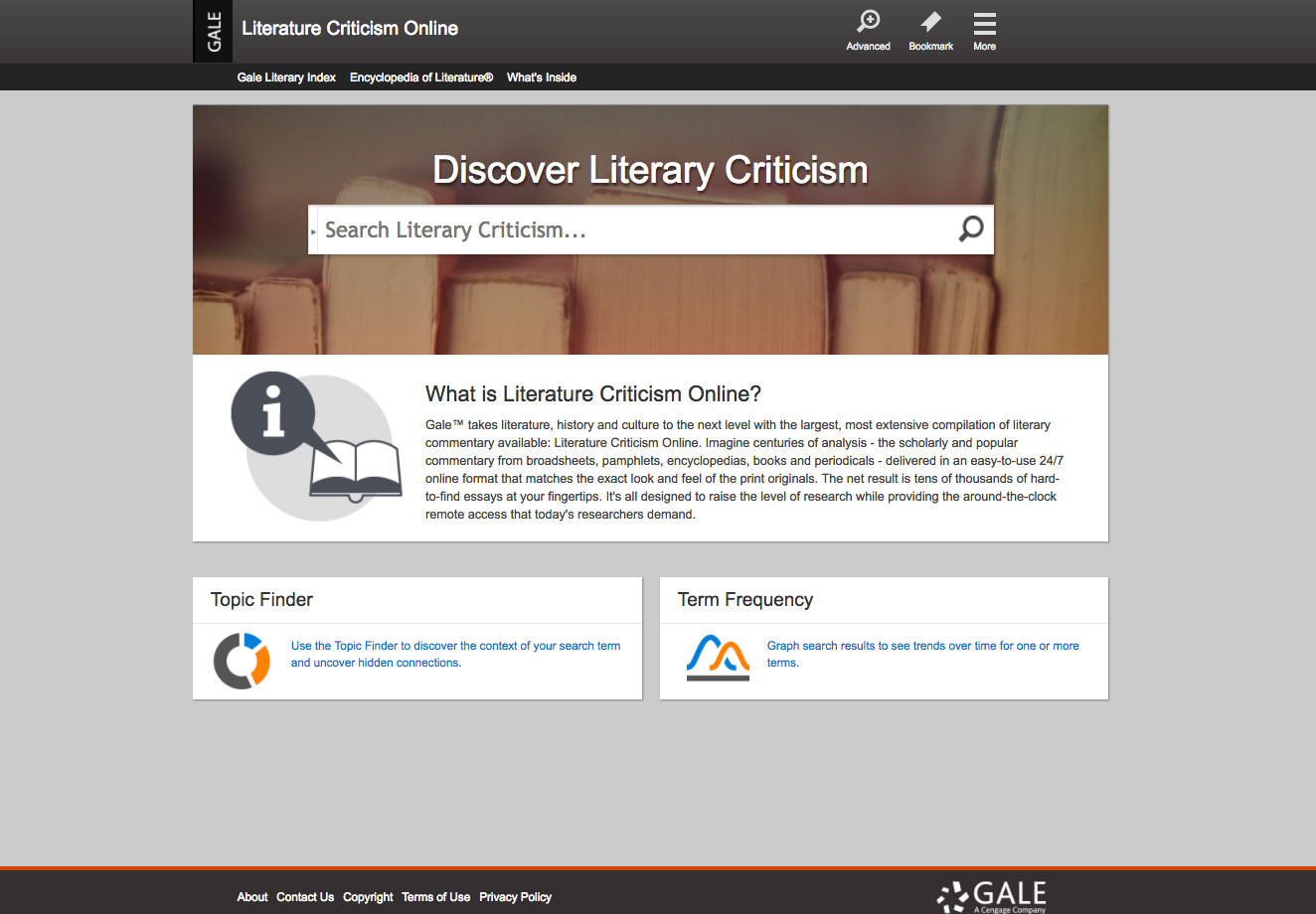 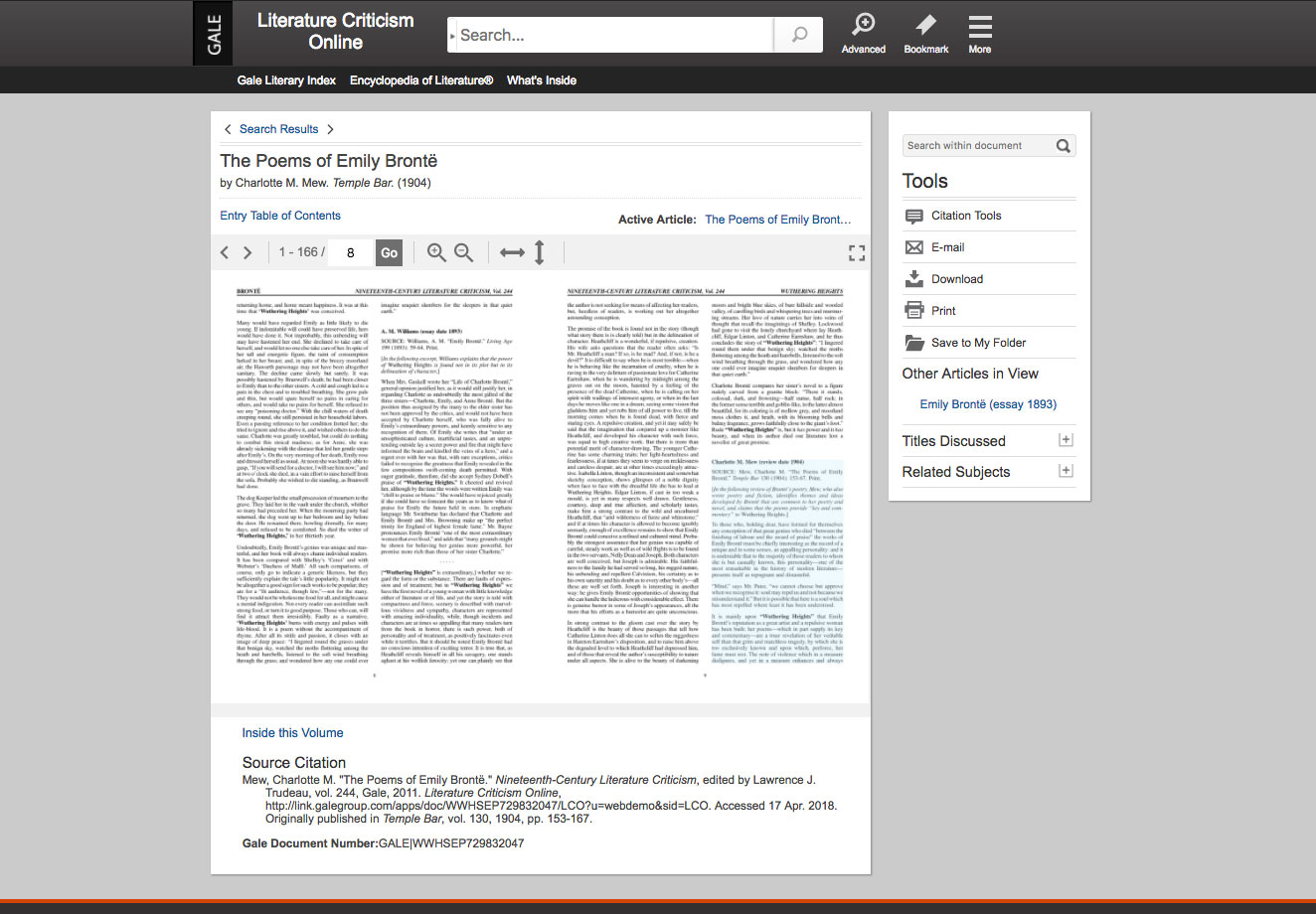 Presentation matches the look and feel of the print source. 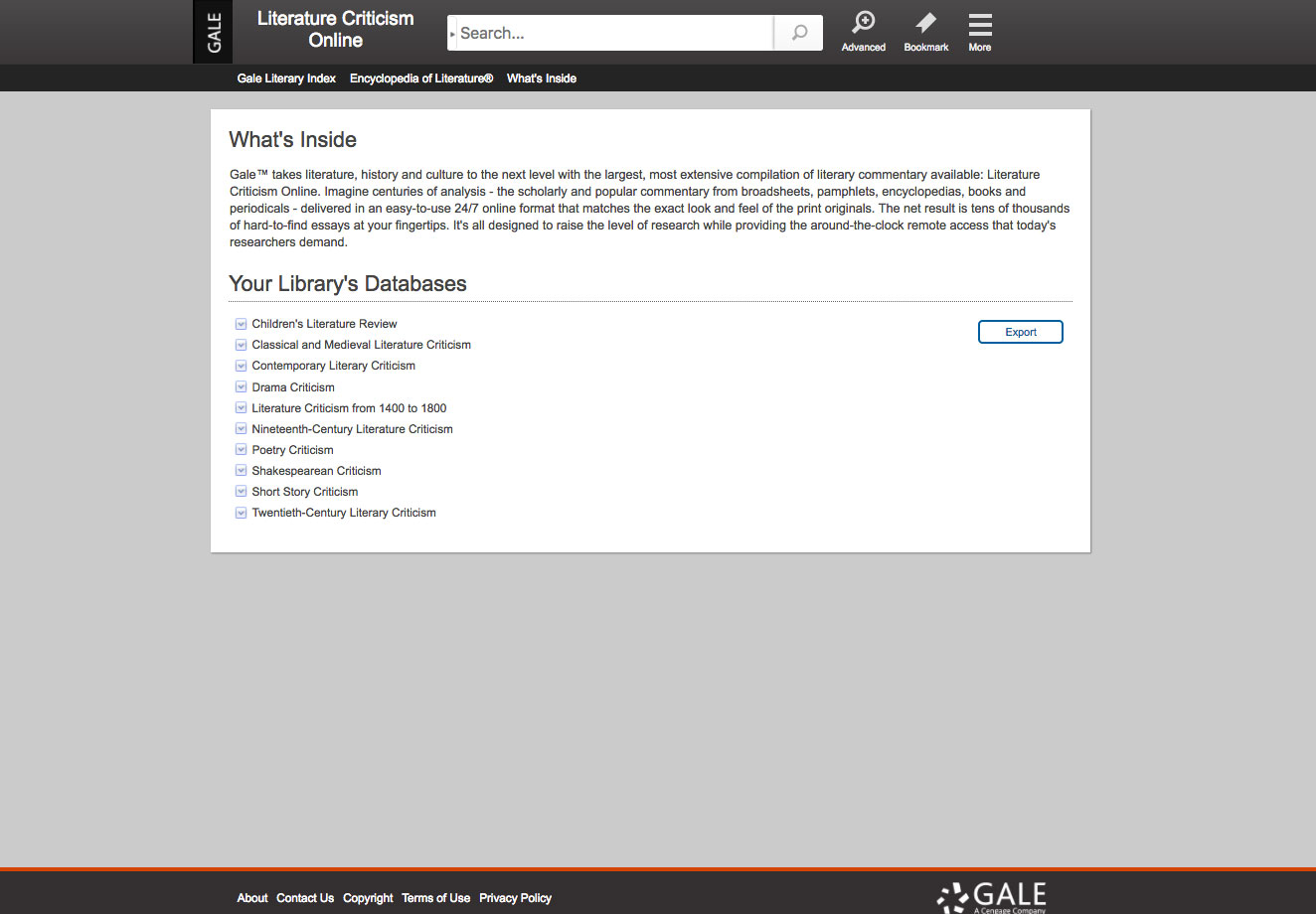 Users can click ‘What’s Inside’ to find out more about the contents of each of the ten collections in Literature Criticism Online. 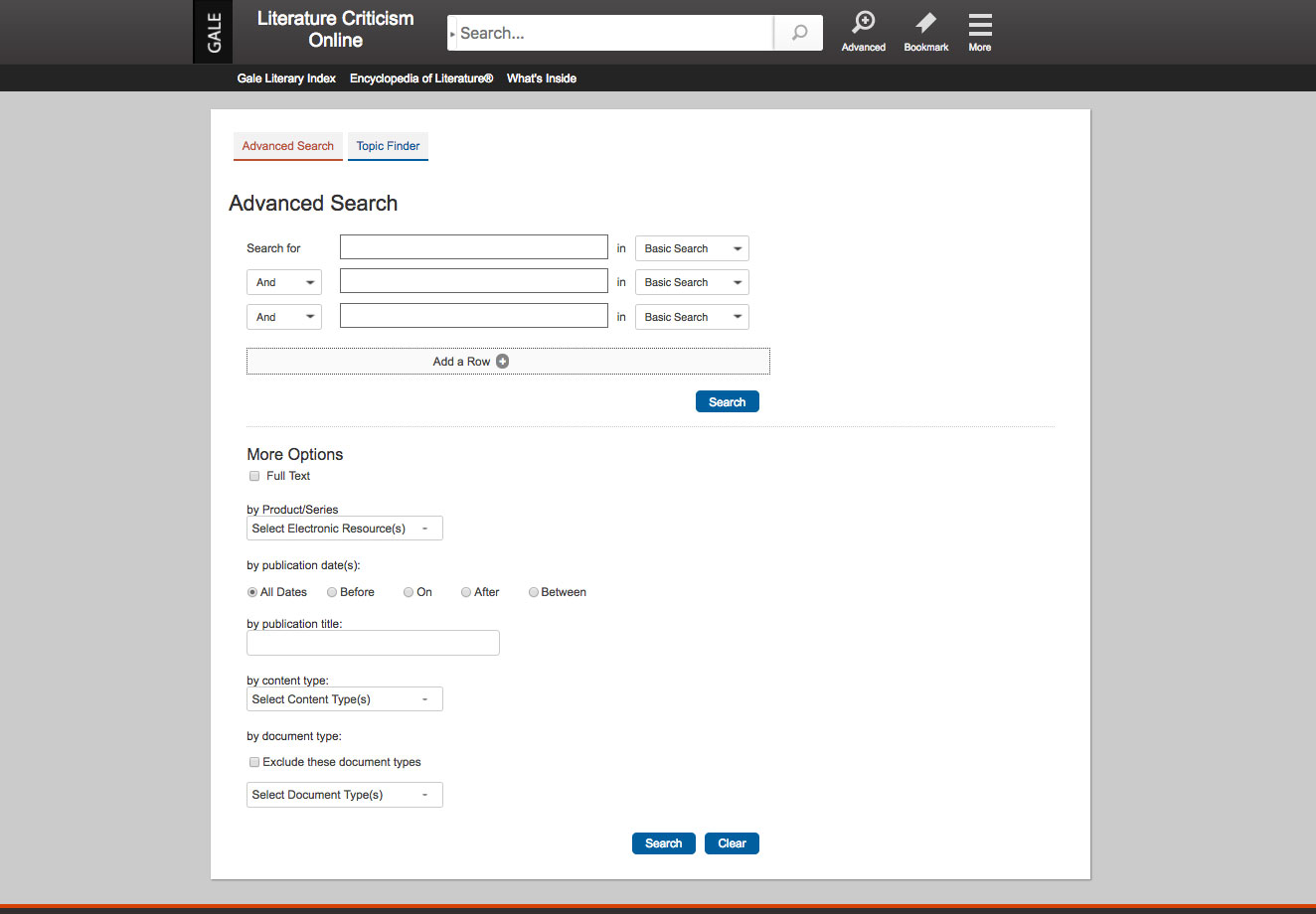 Integrated G Suite for Education and Microsoft Office 365 tools enable users to share, save, and download content—including highlights and notes.