An unparalleled documentation of the Jacobite movement, and the opposing forces of the ruling Hanoverian monarchy

Digitised for the first time, the Stuart and Cumberland Papers from the Royal Archives at Windsor Castle are now available online in their entirety. The Stuart Papers represent the correspondence and personal documents of the exiled members of the Stuart dynasty after 1688. Available here alongside the Cumberland Papers of William Augustus, Duke of Cumberland and second surviving son of George II, they provide a unique window into the world of the Stuarts and their Jacobite followers, as well as to the incumbent Hanoverian monarchy during a time of continental wars, domestic conspiracies and rival claims to the Throne.

From the time of the Glorious Revolution in 1688 until the death of the final Stuart claimant in 1807, the Stuart Pretenders were royal exiles in Europe, and at the head of a network of Jacobite supporters at home and abroad. Jacobites at all levels of society corresponded with them and their agents, visited the court-in-exile at St Germain-en-Laye, Avignon or Rome, and reported on the activities of the ‘usurping’ house of Hanover and its supporters in Britain.

The Stuart Papers is that correspondence. The collection tells the story of the lives of James II and his heirs, James Francis Edward (the Jacobite James III and VIII), Charles Edward (the Jacobite Charles III) and Henry Benedict (later the Cardinal Duke of York, and Jacobite Henry IX). Centred around the royal family, the papers allow researchers access to their wives and mistresses, loyal followers, courtiers, and spies around Europe. At various times, there were Jacobite agents and envoys in Italy, Sweden, Spain, Russia, France, Poland and Britain, and a strong Jacobite culture developed in Scotland and among the expatriate Irish who had followed James II to the continent. In this archive, researchers will find domestic plots and international schemes, personal letters between the members of the Stuart family and their closest allies, details of court intrigues and quarrels, even household accounts and menus.

The Cumberland Papers relate particularly to military matters from the Duke’s time as Captain General of the British army in the War of the Austrian Succession and the early stages of the Seven Years’ War, but also include a number of Jacobite documents captured in Scotland after the Battle of Culloden in 1746, including letters from Charles Edward Stuart and accounts of his escape to Skye. Elsewhere, British national and foreign policy, parliamentary updates, reports from British colonies, and personal papers relating to the Duke of Cumberland’s role as Ranger of Windsor Great Park, and to his household and estate at Cumberland Lodge are also represented. 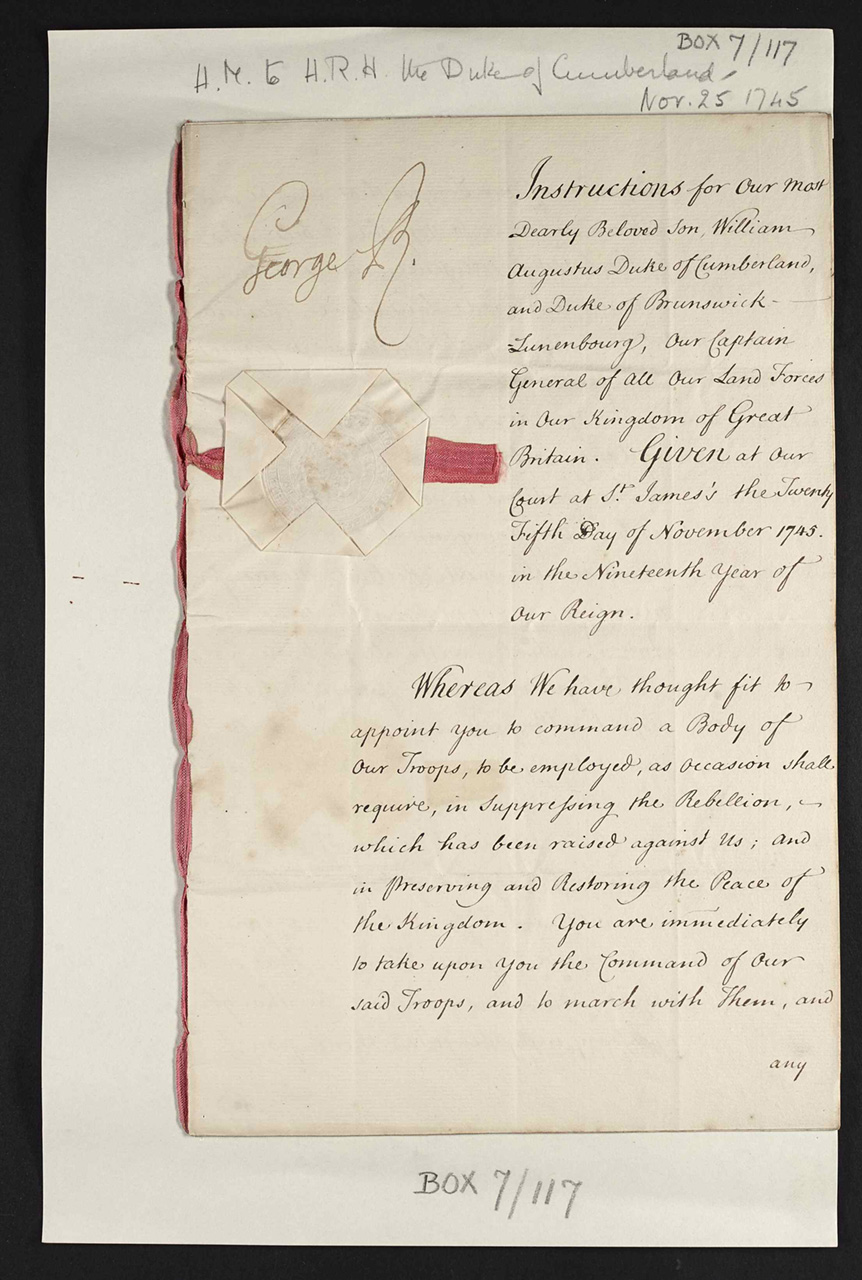 RA CP/Main/7/117 – Instructions from George II to his son, Duke of Cumberland, for suppressing the Jacobite Uprising, November 1745 Supplied by the Royal Archives /© Her Majesty Queen Elizabeth II 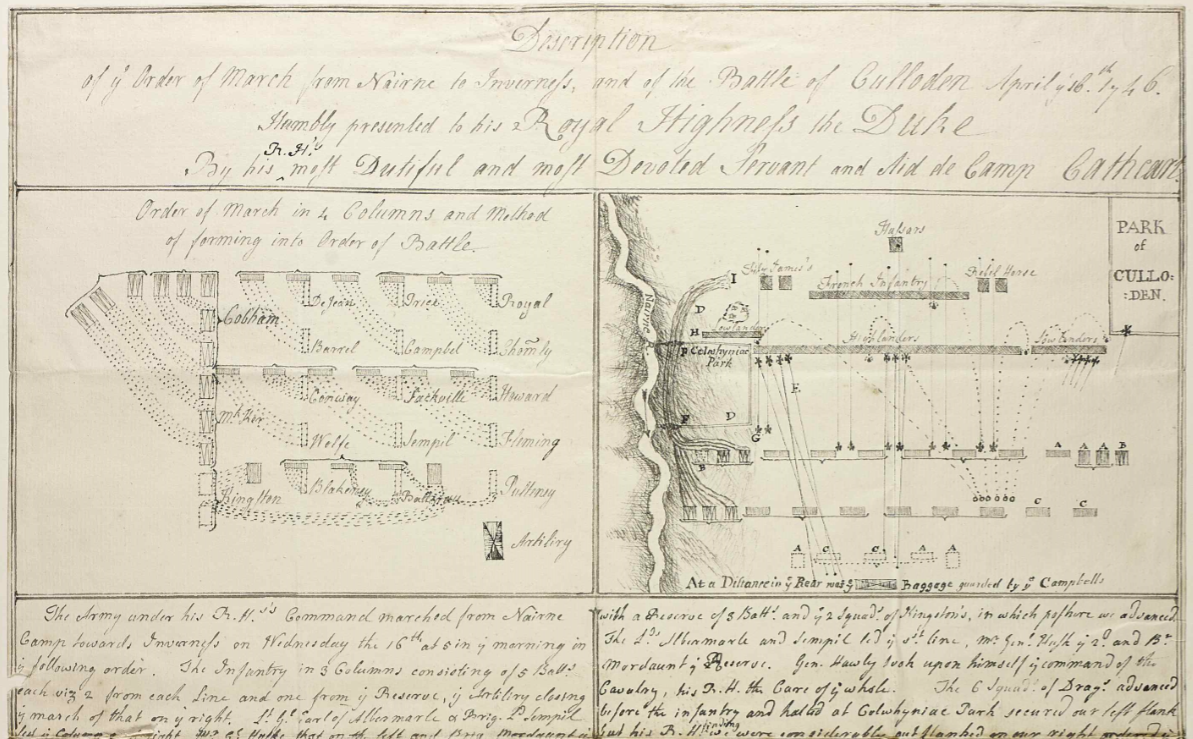 RA CP/Main/14/4a – Account of the Battle of Culloden, April 1746 Supplied by the Royal Archives /© Her Majesty Queen Elizabeth II 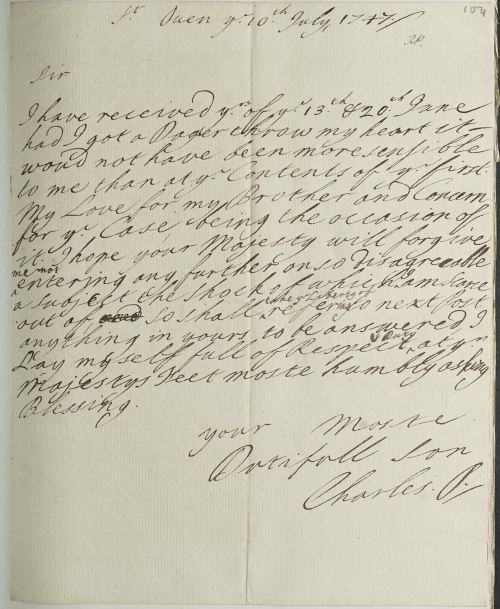 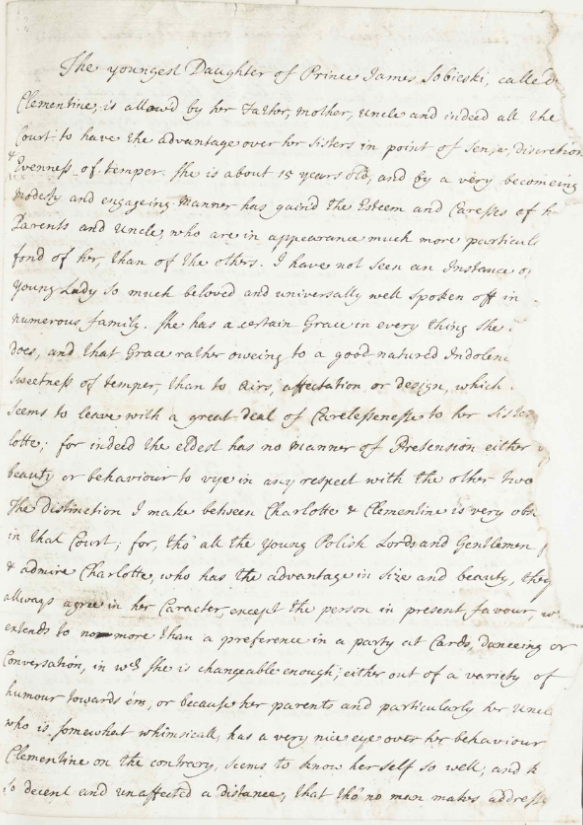 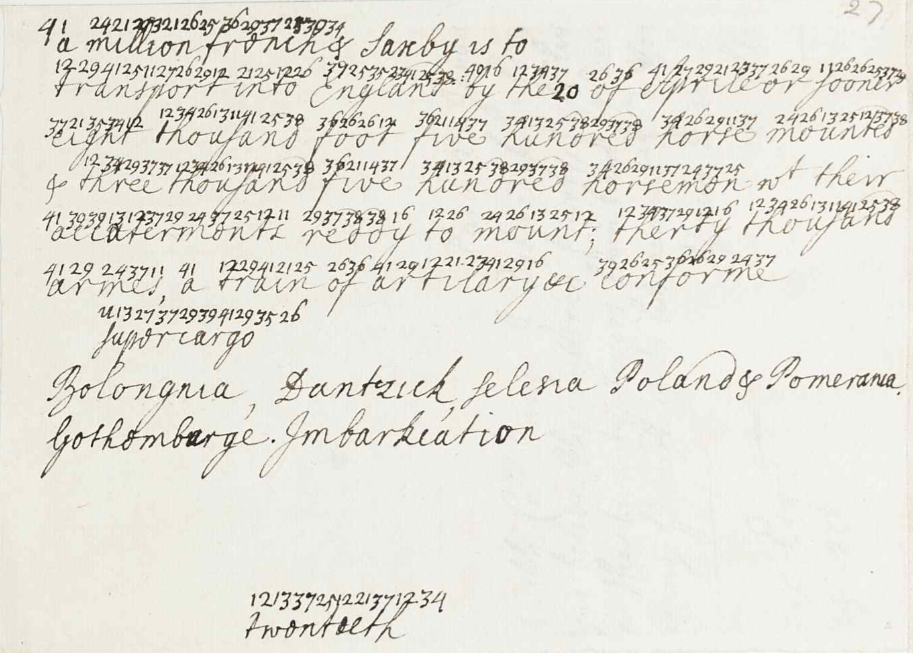