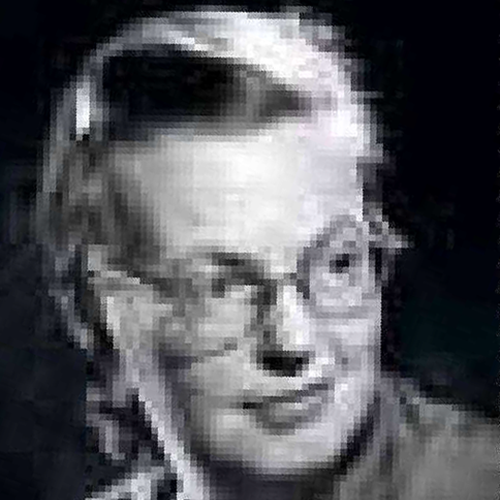 Shirley Jackson was an American author of primarily short stories, “The Lottery” being the best known, with themes including evil and human nature. Read the overview below to gain an understanding of the author and her work and explore the previews of analysis and criticism that invite further interpretation.

Shirley Jackson wrote several best-selling novels, but she is usually identified with "The Lottery," a classic short story that established her literary reputation as an author of gothic horror fiction. This frequently anthologized tale of victimization exemplifies the central themes of Jackson's fiction, which include such ordinary yet grotesque realities as prejudice, psychological malaise, loneliness, and cruelty. In works that often contain elements of conventional gothic horror, Jackson chronicles the universal evil underlying human nature. Jackson wrote in a deft, unadorned prose style that contrasts with the veracity of her nihilistic vision; similarly, the charming hamlets which serve as her settings ironically underscore the true malevolence of their inhabitants. Mary Kittredge asserted: "[Jackson's fiction] was the result of an exquisitely sensitive double vision that would have seemed an affliction to a less determined or talented writer. She saw the magic in the mundane, and the evil behind the ordinary. She saw that the line between the cruel and the comedic is sometimes vanishingly narrow."

Born into an affluent family in San Francisco, California, Jackson rebelled against her parents' superficial lifestyles and the restrictions that were placed upon women of her social class, and she chose to spend much of her time alone writing in journals. Beginning in early childhood, Jackson claimed to possess psychic abilities and to be acutely aware of the clandestine thoughts and thinly-concealed viciousness of her upper-class community. In her first novel, The Road through the Wall, she wrote of a snobbish neighborhood in suburban San Francisco and sketched its moral collapse as a result of prejudice and murder. This work affirmed Jackson's loathing of intolerance and bigotry. A plain, overweight woman, Jackson continually embarrassed her socially conscious mother, and further disgraced her Protestant family by marrying Stanley Edgar Hyman, a left-wing Jew and fellow student from Syracuse University who later became an eminent literary critic.

Following their marriage, the couple moved to the quaint village of North Bennington, Vermont, where Hyman taught English at the town's prestigious college and Jackson began publishing stories in various magazines. The diversity of her popular stories in such periodicals as The New Yorker, Good Housekeeping, The Hudson Review, Woman's Day, and The Yale Review thwarted the efforts of most critics to neatly categorize her work. After her death, Hyman explained his wife's eclectic work: "Shirley Jackson wrote in a variety of forms and styles because she was, like everyone else, a complex human being, confronting the world in many different roles and moods. She tried to express as much of herself as possible in her work, and to express each aspect as fully and purely as possible." Despite general critical indifference, reviewers cite several enduring characteristics in Jackson's works. By omitting specific mention of such technical aspects as time and place, for example, Jackson shifted her thematic focus to universal human problems. Her style is compared to that of nineteenth-century author Nathaniel Hawthorne, who, like Jackson, disguised actual motives in rudimentary plotlines and sketched deceptively simple characters who reveal their true natures through gestures and mannerisms. Also as in Hawthorne's fiction, Jackson's works reveal the pressures exerted upon individuals by society. Carol Cleveland maintained: "In Jackson's world, the guilty are not greedy or crazy individuals, but society itself acting collectively and purposely, like a slightly preoccupied lynch mob." This belief is manifested in the short story "The Lottery," originally published in 1948 in The New Yorker.

Invariably regarded as Jackson's most notorious work, "The Lottery" was described by Mary Kittredge as "beautifully imagined, sparely and gracefully written, a one-two punch of a story." On a lovely June morning, the citizens of a tranquil village gather in the town square for an annual drawing. Amidst laughter and gossip, families draw slips of paper from a ballot box until housewife Tessie Hutchinson receives the paper with a black mark on it, and the villagers stone her to death as a ritual sacrifice. The shocking impact of this unanticipated ending is intensified by Jackson's casual, detached narrative and serene setting. After publishing the story, The New Yorker received hundreds of letters and telephone calls expressing disgust, consternation, and curiosity, and Jackson herself received letters concerning "The Lottery" up to the time of her death. Many readers asked that Jackson interpret the theme, while some macabre individuals requested directions to the fictional town to observe the event. The latter people, Jackson later noted, embodied the human depravity depicted in her story.

Following "The Lottery," Jackson wrote dozens of stories, refining her emphasis on the need for individual identity in a repressive society. Many of her works have never been collected, but The Lottery; or, The Adventures of James Harris compiles several early short stories. Jackson twice received the Edgar Allan Poe Award, first for "Louisa, Please Come Home" in 1961 and again for "The Possibility of Evil" in 1965. The first story revolves around Louisa, a young woman who leaves home on her sister's wedding day, ignoring her family's pleas that she return. After four years, she relents, but has changed so drastically that the family cannot recognize her. Her very identity seems to have disappeared. "The Possibility of Evil" centers upon Adela Strangeworth, an elderly woman who enjoys sending slanderous and erroneous notes to people in her small town, anonymously informing them of their "wickedness."

Jackson was perpetually intrigued with the powers of the mind, and her fiction is replete with psychological insights. Her protagonists are frequently forlorn, socially misfit young women who undergo turbulent passages into adulthood. In Jackson's second novel, Hangsaman, seventeen-year-old Natalie Waite mercifully escapes her father's oppression by leaving home to attend college. She does not have the social skills to adjust to the uninhibited environment, however, and so she invents Tony, an imaginary female friend. Tony soon becomes more frightening than friendly, and in a climactic scene, Natalie is forced to choose between reality and her imaginary friend. Many critics viewed Tony as Natalie's doppelganger, regarding Natalie's rejection of her as an imperative step toward maturity and sanity.

A gothic manor again plays a crucial role in The Haunting of Hill House. This work concerns an experimental psychic study held at Hill House, an eerie edifice that is presumed to be haunted. Research participants include Eleanor Vance, a timid, repressed woman with astonishing psychic powers. The other people brought to Hill House are confident and self-centered and soon alienate Eleanor from the only environment in which she was ever comfortable.

Jackson's last novel, We Have Always Lived in the Castle, combines many of her most vital concerns--psychology, isolation, and evil--with a curiosity in black magic. Jackson possessed more than 200 books on the subject and seriously considered herself a witch, as did her friends and family. The resulting ostracism she endured from her community in North Bennington informs We Have Always Lived in the Castle, the story of two sisters victimized by their small New England village because of the unsolved mass murder of their family. Although neighbors believes the murder was committed by Constance, the older sister, Constance knows that her psychopathic younger sister Merricat poisoned the family by putting arsenic in the sugar bowl. In return for her sister's protection, Merricat shrouds Constance from the villagers' hostility and from the outside world. When their cousin Charles arrives hoping to collect the family fortune, the sisters' close alliance begins to crumble and Merricat burns down the house in a desperate attempt to kill Charles. After the fire, the neighbors stone the house and its inhabitants, and Charles departs, leaving Merricat and Constance to seek refuge in their burned-out mansion. Here Jackson questions the traditional definition of normality, suggesting that the villagers' violence is deviant behavior, while Merricat's actions are prompted by a psychological disturbance that should evoke sympathy and understanding. We Have Always Lived in the Castle was nominated for a National Book Award and remains Jackson's most critically acclaimed novel.

Following the publication of We Have Always Lived in the Castle, Jackson began to suffer from severe mental and health problems. She sensed stronger animosity from the Bennington villagers, a justifiable fear since she had publicly admitted that they were the archetypes for the characters in "The Lottery." Her acute anxiety was aggravated by colitis, asthma, and agoraphobia, and she died of heart failure in 1965. After her death, Hyman published two omnibus volumes of her works, The Magic of Shirley Jackson and Come along With Me.

Jackson is still most often associated with her short story "The Lottery." Despite her popularity--several of her novels were best-sellers--her work received relatively little critical attention. Some critics claim the lack of critical attention paid to Jackson is due to her versatility--in her lifetime she published novels, short stories, plays, children's books, television scripts and humorous sketches of domestic life. Other critics, such as Lynette Carpenter, claim this neglect was due to the inability of "traditional male critics ... to reconcile genre with gender." Critic Mary Kittredge, discussing Jackson's novels and short stories, asserted: "Whether in her domestic comedies or her stories and novels of psychological horror, [Jackson] combined acute observation with absolute mastery of tone and clarity of expression."

The Stoning of Mistress Hutchinson: Meaning and Context in The Lottery

Oehlschlaeger makes a case that the lottery is patriarchal by design, intended to rob females of consciousness and will.

Nebeker discusses the underlying themes in “The Lottery,” focusing on the religious symbolism and anthropological elements of the story.

Shirley Jackson's Use of Symbols in "The Lottery"

Schaub,Danielle. "Shirley Jackson's Use of Symbols in the Lottery." Twentieth-Century Literary Criticism, edited by Thomas J. Schoenberg and Lawrence J. Trudeau, vol. 187, Gale, 2007. Originally published in Journal of the Short Story in English, no. 14, Spring 1990, pp. 79-86.

Schaub relates Jackson's symbolic use of numbers, names, and objects to the role of tradition in her story "The Lottery."

Johnson discusses “The Lottery” as an example of “strong allegory,” noting the various narrative and structural details within the story that encourage an allegorical reading. He also uses the story’s negative reception by many readers as an illustration of the failure to follow such cues in allegorical writing.