The Making of Modern Law:

Get under the covers of some of the world’s most forbidden works. 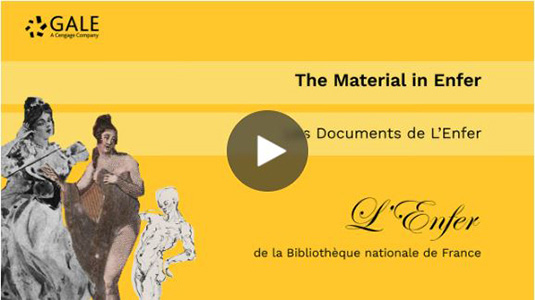 Historically restricted access to the collection means the material is well preserved and can now be accessed digitally worldwide, allowing in-depth study of what was once considered the darker side of gender and sexuality.

Hear from Marie-Françoise Quignard, Honorary Curator of the collection, as she explains the name "Enfer," provides a deep dive into some of the fascinating texts, comments on how the collection (and attitudes towards it) have evolved over time, and finishes by explaining why this collection is of such interest and value to researchers.

We are pleased to announce the launch of the first phase of Learning Centers for Gale Primary Sources. Now available in 12 products, the Learning Centers support teaching and learning with digital primary sources.

Built with the student researcher in mind, the goal of the Learning Centers is to orient new users with the content and topics available in our unique digital archives; spark inspiration for new research topics; and provide guidance and best practices for searching, browsing, citing, and reusing primary sources. The Learning Centers provide an all-in-one instructional tool that helps students get acclimated with a primary source database.

For archives that consist of multiple parts, you can download the assets for the overall series, or for the individual parts that are currently available at your library. 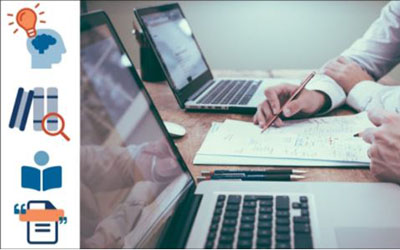 Launching in a selection of Gale’s archives in autumn 2021, Gale Primary Sources Learning Centers will bring a new level of support for students and instructors looking to get the most out of using primary sources, both in their research and in the classroom. Shaped by feedback from Gale Primary Sources users, the Learning Centers are intuitive, all-in-one instructional resources that are designed to orient users with the content in our archives, spark inspiration for research and act as a best practice guide when it comes to skills like searching, citing and using primary sources.

FIND OUT MORE ON THE GALE REVIEW BLOG

An Introduction to Rare Titles from the American Antiquarian Society, 1820‒1922

#1: Are We Obsessed with Serial Killers?

Off with Her Head? The Initially Mixed Reaction to Queen’s Iconic Song ‘Bohemian Rhapsody’

The Political and Cultural Impacts of the May Fourth Movement

What is a monster? Tracking the evolution and reception of monstrosity in literature from the nineteenth century to modern day

Cultural Appropriation or Swiftian Satire? Gilbert and Sullivan’s The Mikado

THE LEGACY OF TERMINATOR 2

Approaching its release, critics and observers were worried that Terminator 2 would leave a negative legacy on filmmaking. Using a selection of Gale Historical Newspapers, we explore the concerns and ask whether they did affect cinema as drastically as some thought it would.

We were delighted to work with Newcastle University in 2021 to help incorporate Gale Digital Scholar Lab into a 2nd year English Literature module for undergraduate students. Read about how and why the teaching team decided to introduce it and the positive impact it had on learning outcomes.

L’Enfer de la Bibliothèque national de France is one of the most sought-after private case collections in the world. The books included are more than just erotica, they offer intriguing social commentaries and criticisms and the opportunity to delve into the fascinating lives and histories of the authors and artists themselves, as well as the social and cultural movements they represented.

The latest part in the series offers definitive coverage of the “Age of Capital,” the industrial revolution, and the High Victorian Era, when the foundations of modern-day capitalism and global trade were established. The collection includes hard-to-reach formats such as plans and pamphlets. This technically challenging material is now surfacing and offering original study resources to researchers.

With the release of Women’s Studies Archive: Rare Titles from the American Antiquarian Society, 1820-1922 we have added a new feature to the series – an Author Gender Limiter for monographs. In this essay, Series Editor Rachel Holt explains the reasons for, considerations and potential of this filter, from allowing scholars to focus their research on a corpus of female-authored work, to addressing the diversity of gender and our commitment to actively review the gender options included in the filter.

“With our trusted archives closed as a result of the South African lockdown, some students felt they were left with no option but to make do with secondary sources – but a historian without an archive is like an artist without paints.”

Hear from students at the University of Johannesburg and University of Helsinki on how students were impacted by the pandemic, and how remote working may impact student mental health.

> The University Experience – Before, During and After the Pandemic (Helsinki)

Many of the recent upgrades to Eighteenth Century Collections Online focused on enhancing ECCO’s user-friendliness as a teaching and learning resource. With more student learning moving online, what can be learned from past use of ECCO as a teaching tool, and how can this be applied in a remote learning environment?

Gale Ambassador and PhD student at the University of Oxford, Jagyoseni Mandal, was not previously experienced with Digital Humanities, but found the Gale Digital Scholar Lab made DH less daunting. Better still, it’s accessible remotely, and indicated additional research pathways that could also be followed remotely, whilst unable to reach her university.

Read "The Media and Covid-19" from The Economist

Originally published online, Gale's sponsored article in Inside Higher Ed looks at the impact of an archive that revolutionized scholarship: read the original article.

When Gale creates any of its archives, a great deal of planning – which can range from two to five or more years – will have gone into its conception and execution. During that period, Gale’s editors weigh a series of factors before the decision to proceed with the project. In this post, our Editor Bennett Graff explores these factors behind Refugees, Relief, and Resettlement.

HOW DO WE MAKE A DIGITAL PRIMARY SOURCE ARCHIVE?

We asked various members of our production team some questions to explore the process behind digital archive production, and how they work with other parts of the Gale business to create our archives.

From the libraries of world-leading universities to personal collections, from independent societies to the homes of national records, explore the range of partners we have helped to open their archives to those researchers who may not have any other chance to use them.

How I Survived Studying in Lockdown – and You Can Too 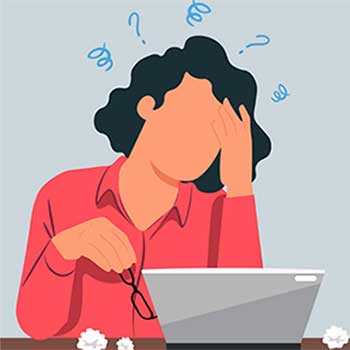 "When lockdown hit in March 2020, lectures were cancelled and the library shut, but university work was still expected on time and many students were thrown into a panic. I was one of those students and although I didn’t have a final year dissertation to hand in, I still had valuable assignments that would make or break my final MA grade. How was I going to cope?"

Our Gale Student Ambassador at the University of Portsmouth, Emily Priest, gives us an insight into her experience of studying during lockdown, and offers advice to other students as they navigate a drastically different learning experience.

Read the full post on our blog, the Gale Review.

DEVELOPING IDEAS FOR A DIGITAL ARCHIVE

"One way to look at archive creation is as a series of many moving parts; there are always many different ways to accomplish a task and they can all work together to build the final product. Yet everything begins with a single idea, that one spark of imagination that sets everything in motion." 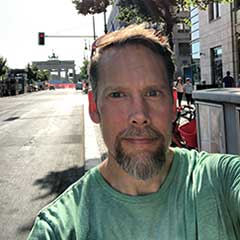 Phil Virta has worked at Gale for more than fifteen years in various capacities, most recently as a publisher of digital primary source archives, including the Archives of Sexuality and Gender program. He gives us a tour of his process for developing a digital archive; he discusses his sources of inspiration, how he fleshes out the idea, and why some ideas become archives and why some don't.

Our Gale Student Ambassadors Pauli Kettunen (University of Helsinki) and Emily Priest (University of Portsmouth) recently interviewed users of our archives for our blog, the Gale Review.

An extended look at International Perspectives on LGBTQ Activism and Culture:

Read our new case studies, which focus on how Gale Primary Sources and Gale Digital Scholar Lab are being used at Universities around the world.

To make sure we are sending you the communications you are interested in, we have added a new section to the website where you can keep your details up to date, and let us know what topics you would like to be kept informed on.

We have created a new section on the website that lists the improvements and enhancements we have made to the Gale Primary Sources platform, and a preview of upcoming developments.

In order to be COUNTER 5 compliant, monograph-based archives on our updated platform no longer calculate retrievals at the page-level, but at the title-level: therefore, it is expected that retrievals for monograph-based archives will have decreased since the December. There is a particular issue with Archives Unbound, Making of the Modern World, and Sabin Americana which is causing retrievals to be underrepresented due to a separate problem, which will be corrected starting in March.

As of November 1 2019, the years 1995-2015 of the magazine archive are also available as a one-time purchase (previously subscription only). The years 1995-current can still be purchased as a subscription if you wish to buy the base archive covering 1888-1994.

By submitting this form, you are opting in to receive the Gale Primary Sources Newsletter.

Would you like to receive all Gale communications? Use our preference centre to keep your details up-to-date and choose which communications you receive.

Would you like to opt-out of Gale communications? Do it in one click with our quick opt-out option.