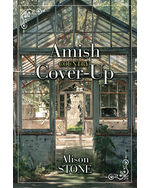 When Amish nanny Liddie Miller is attacked more than once while caring for Jonah Troyer’s children, the attempts stir up too many memories of his wife’s murder for comfort. Though the police insist the murderer died in prison, Jonah’s convinced there’s a connection. And he won’t let another woman die on his watch. He just has to figure out the culprit’s motives . . . before it’s too late.