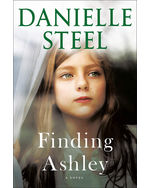 Six years ago, Melissa Henderson lost her young son to cancer, and her marriage dissolved. She stopped writing. It was only when she bought a Victorian house nestled in the foothills of rural New England that Melissa found a purpose, and came alive again. After a wildfire that threatens her home appears on the news, Melissa receives a call from her sister, Hattie. They were close once, but that was before Melissa withdrew from the world. Now Hattie, who became a nun at twenty-five, is determined to help Melissa turn a new page, even if it means reopening one of the most painful chapters of her life. Together they embark on a journey to track down the child Melissa gave up at 16. A journey that will change both their lives forever.