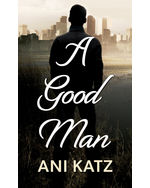 Thomas Martin was a devoted family man who had all the trappings of an enviable life: a beautiful wife and daughter, a well-appointed home on Long Island’s north shore, a job at a Manhattan advertising firm. He was also a devoted son and brother, shielding the women in his orbit from the everyday brutalities of the world. But what happens when Thomas’s fragile ego is rocked? After committing a horrific deed, Thomas grapples with his sense of self. Sometimes he casts himself as a victim and, at other times, a monster. All he ever did was try to be a good man, but maybe if he tells his version of the story, he might uncover how and why things unraveled so horribly.