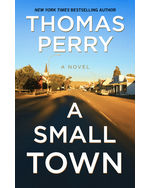 After a meticulously planned prison break, more than a thousand convicts rape, murder, and destroy a nearby small town — burning down homes and businesses. An immense search ensues, but the twelve who plotted it all get away. Local cop Leah Hawkins, a six-foot, two-inch former star basketball player, is placed on official sabbatical. That is merely a ruse, however, as her real job is to track — and kill — the infamous twelve. Leah’s mission takes her across the country, from Florida to New York, from California to an anti-government settlement deep in the Ozarks. Soon, the surviving fugitives realize what she is up to, and a race to kill or be killed ensues.