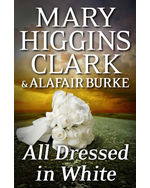 Five years ago Amanda Pierce was excitedly preparing to marry her college sweetheart in Palm Beach. Then, with their guests and families on site, Amanda disappeared.

In present-day New York City, Amanda's desperate mother begs producer Laurie Moran and her Under Suspicion television team to investigate Amanda's disappearance. Soon she and the team are re-creating the night of the disappearance at the Florida resort with Amanda's friends and family in attendance, hoping to shed new light on the mystery. Laurie and Under Suspicion host Alex Buckley quickly realize everyone has a theory about why Amanda vanished into thin air — and a reason to direct Laurie's attention elsewhere.