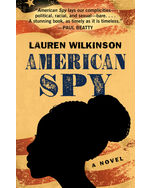 It’s 1986, the heart of the Cold War. FBI agent Marie Mitchell is a brilliant young black woman in an old boys’ club. Her career has stalled, so given the opportunity to join a task force aimed at undermining Thomas Sankara, the charismatic Communist revolutionary president of Burkina Faso, she says yes. Even though she secretly admires the work he is doing. Even though she’s still grieving the mysterious death of her sister. Even though a furious part of her suspects she’s being offered the job because of her appearance and not her talent. And doing so will change everything Marie believes about what it means to be a spy, a lover, a sister, and a good American.