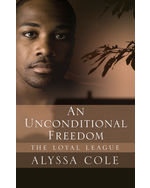 Daniel Cumberland, born free in Massachusetts, studied law with dreams of helping his people — until he was kidnapped and sold into slavery. When Daniel is rescued and offered entry into the Loyal League, the covert organization of Black spies who helped free him, he seizes the opportunity for vengeance against the Confederacy. When the Union Army occupies the Florida home of Cuban Janeta Sanchez, daughter of an enslaved woman and the plantation owner, her father is imprisoned. Under duress and blaming herself, Janeta agrees to infiltrate the Loyal League as a double agent — and finds a cause truly worth the sacrifice.