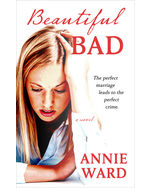 Maddie and Ian’s love story began overseas: he was serving the British Army and she was a travel writer visiting her best friend, Jo. Now, almost two decades later, they are married, have a beautiful son, Charlie, and are living the perfect American suburban life. But when Maddie begins writing therapy after an accident, she gradually reveals her fears about Ian’s PTSD; her concerns for their son’s safety; and the couple’s tumultuous past with Jo. Soon, sixteen years of love and fear, of adventure and suspicion, culminate in The Day of the Killing, when a frantic 911 call summons the police to a shocking crime scene.