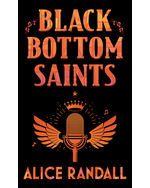 From the Great Depression through the post-World War II years, Joseph “Ziggy” Johnson, has been the pulse of Detroit’s famous Black Bottom. A celebrated gossip columnist for the city’s African-American newspaper, the Michigan Chronicle, he’s also the emcee of one of the hottest night clubs where he’s rubbed elbows with the legendary black artists of the era. Ziggy is also the founder and dean of the Ziggy Johnson School of Theater. Now, as he lays dying in the black-owned-and-operated Kirkwood Hospital, Ziggy reflects on his life, the community that was the center of his world, and the remarkable people who helped shape it.