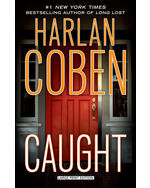 An explosive new stand-alone thriller from the bestselling author of Long Lost and Hold Tight.

Wendy is a reporter on a mission: She’s chasing down sexual predators and exposing them on national television. Her big break comes when she nails a child advocate. She’s there‚ cameras rolling‚ when the cops cuff him and the guy realizes his life is over. Three months later‚ the perp is missing and the father of a victim claims to have killed him. Wendy‚ who has moved on to the story of a missing girl‚ gets a phone call that changes everything.

“… a tightly choreographed dance of guilt and innocence‚ forgiveness and retribution.”— Publishers Weekly