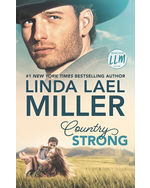 Years ago, Cord Hollister and his two best friends discovered that a beautiful young woman named Reba was having affairs with all of them. After they all broke it off, she disappeared. Now Carly, a girl who is Reba’s spitting image, comes to Painted Pony Creek, Montana, looking for her father, who she claims is one of them. Meanwhile, someone else from Cord’s past blows into town. Shallie Fletcher, who is even lovelier than Cord remembered, wants to learn how to train horses — but he doesn’t need another complication in his life. From the moment Shallie sees Cord, she still wants him as much as she did all those years ago. But can her ever feel the same about her?