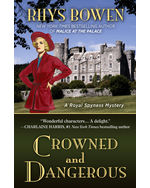 Nothing is simple when you’re thirty-fifth in line for the British crown, least of all marriage. But Lady Georgiana Rannoch and Darcy O’Mara hope to bypass a few royal rules and elope. Nothing could deter them — except the news that Georgie’s future father-in-law has been arrested for the murder of a rich American. He says he’s innocent, and it’s up to them to prove it — for better or worse.

“Bowen adds romance to this blend of Christie and Wodehouse for a stylish, head-scratcher of a whodunit.” 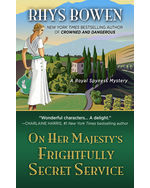 On Her Majesty's Frightfully Secret Service