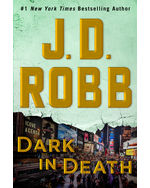 It was a stab in the dark. On a chilly February night, during a screening of Psycho in midtown, someone sunk an ice pick into the back of Chanel Rylan’s neck, then disappeared quietly into the crowds of drunks and tourists in Times Square. To Chanel’s best friend, who had just slipped out of the theater for a moment to take a call, it felt as unreal as the ancient black-and-white movie up on the screen. But Chanel’s blood ran red, and her death was anything but fictional.