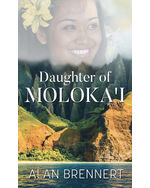 Daughter of Moloka'i tells the story of Ruth, the daughter that Rachel Kalama — quarantined for most of her life at the isolated leprosy settlement of Kalaupapa — was forced to give up at birth. The book follows young Ruth from her arrival at the Kapi'olani Home for Girls in Honolulu, to her adoption by a Japanese couple who raise her on a farm in California, her marriage and unjust internment at Manzanar Relocation Camp during World War II — and then to the life-altering day when she receives a letter from a woman who says she is Ruth’s birth mother, Rachel. Daughter of Moloka'i expands upon Ruth and Rachel’s 22-year relationship, only hinted at in the novel Moloka'i. 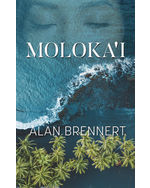