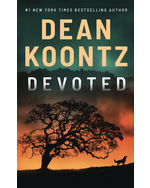 Woody Bookman hasn’t spoken a word in his eleven years of life. Not when his father died in a freak accident. Not when his mother, Megan, tells him she loves him. Woody believes a monstrous evil was behind his father’s death and now threatens him and his mother. And he’s not alone in his thoughts. An ally unknown to him is listening.

Kipp, a uniquely gifted dog with a heart as golden as his breed, knows he needs to find Woody before it’s too late. A man driven by a malicious evil has set a depraved plan into motion and he’s coming after Woody and his mother. The reasons are primal. His powers are growing. And he’s not alone. Only a force greater than evil can stop what’s coming next.