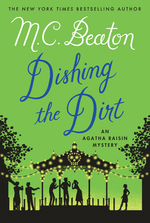 When therapist Jill Davent moved to Carsely, Agatha Raisin was not a fan. Not only was she romancing Agatha’s ex-husband, but she’d hired a private detective to dig up details of Agatha’s not-too-glamorous origins. Not one to keep her feelings to herself, Agatha tells anyone that would listen that Jill is a charlatan and better off dead. So when Jill is later found strangled to death in her office, Agatha becomes the prime suspect.

"M.C. Beaton has a foolproof plot for the village mystery." 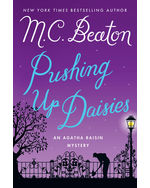