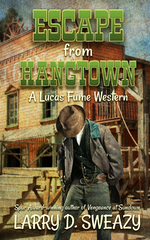 Lucas Fume has been exonerated of the murder charge that put him in prison seven years ago. But he isn’t free yet. Not while his friend, former slave Zeke Henry, remains a fugitive wrongly accused of assaulting Senator Barlow’s daughter, Celia. Lucas wouldn’t have his freedom — or his life — if it weren’t for Zeke. And the only way to clear his name is to prove the identity of Celia’s true attacker: Senator Barlow himself.

"A new star in the world of Western fiction." 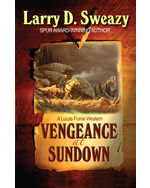