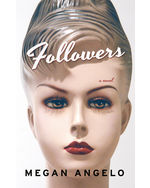 Orla Cadden is a budding novelist stuck in a dead-end job. Then she meets Floss, who comes up with a plan for launching them both into A-list lives. Orla and Floss’s methods might be a little shady, but they have legions of followers. Thirty-five years later, in a California village where government-appointed celebrities live every moment on camera, a woman named Marlow discovers a shattering secret. Despite her massive popularity — twelve million loyal followers — Marlow dreams of fleeing her corporate sponsors. After learning that her whole family history is based on a lie, Marlow finally summons the courage to run in search of the truth, no matter the risks.