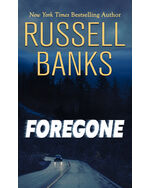 Leonard Fife, now in his late seventies, is dying of cancer and has agreed to a final interview in which he is determined to bare his secrets to demythologize his mythologized life. The interview is filmed by Malcolm MacLeod, alongside Malcolm’s producer, cinematographer, and sound technician, all of whom have long admired Fife but who must now absorb the meaning of his dark confession.