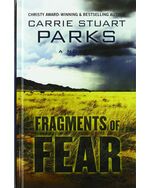 Evelyn McTavish’s world came crashing down with the suicide of her fiancé. As she struggles to put her life back together, she receives a call that her dog is about to be destroyed at the pound. Except she doesn’t own a dog. The shelter is adamant that the microchip embedded in the canine with her name and address makes it hers. Evelyn recognizes the dog as one owned by archaeologist John Coyote. But when she arrives to deliver the dog, she discovers John’s murdered body. As Evelyn herself becomes a target, she crosses paths with FBI agent Sawyer Price. Together, they’re desperate to find the links between so many disparate pieces. And the clock is ticking.