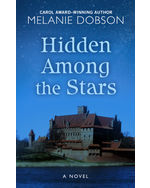 Hidden Among the Stars

As Hitler’s troops sweep into Vienna in 1938, Austrian Max Dornbach helps his Jewish friends hide their valuable possessions from the Nazis by smuggling them to his family’s summer estate. He enlists the help of Annika Knopf, the caretaker’s daughter and childhood friend who has loved Max all her life. But when Max also brings Luzia Weiss to hide at the castle, it complicates Annika’s feelings and puts their plan ― and their lives ― in jeopardy. Eighty years later, Callie Randall finds a cryptic list in an old edition of Bambi that connects her to Annika’s story . . . and maybe to the long-buried story of a dear friend.