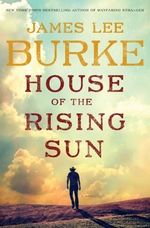 House of the Rising Sun

From its opening scene in revolutionary Mexico to the Battle of the Marne in 1918, and on to the bordellos and saloons of San Antonio during the reign of the Hole in the Wall Gang, House of the Rising Sun is an epic tale of love, loss, betrayal, vengeance, and retribution that follows Texas Ranger Hackberry Holland on his journey to reunite with his estranged son.