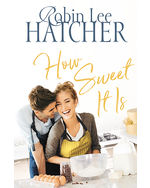 
How Sweet It Is

Holly Stanford is doing the best she can with the restaurant she inherited. But then her fiancé abandons her and the business. Jed Henning has done well with his new company despite his prodigal brother’s behavior. When Jed’s father suspends operations until his sons work out their differences, Jed chases his brother, Chris, to Boise. There Jed rents an apartment from Holly and starts the work of reconciliation with Chris armed with a Bible that belonged to his great-grandfather. As romance blossoms between Holly and Jed, the story of Jed’s great-grandfather highlights the power of God and the legacy of a family’s courageous faith.