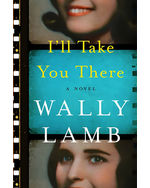 I'll Take You There

I’ll Take You There centers on Felix, a film scholar who runs a Monday night movie club in what was once a vaudeville theater. One evening, while setting up a film in the projectionist booth, he’s confronted by the ghost of Lois Weber, a trailblazing motion picture director from Hollywood’s silent film era. Lois invites Felix to revisit — and in some cases relive — scenes from his past as they are projected onto the cinema’s big screen. In these magical movies, the medium of film becomes the lens for Felix to reflect on the women who profoundly impacted his life.

Against the backdrop of a kaleidoscopic convergence of politics and pop culture, family secrets, and Hollywood iconography, Felix gains an enlightened understanding of the pressures and trials of the women closest to him, and of the feminine ideals and feminist realities that all women, of every era, must face.