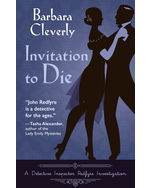 Cambridge, 1924. Detective Inspector John Redfyre finds himself mired in multiple murders. One morning, his dog discovers a corpse neatly laid on a tombstone in the graveyard at St. Bede’s College. An army greatcoat and well-worn boots suggest the dead man may have been a former soldier. Redfyre learns that this murder is one of several unsolved cases linked to a secretive and sinister club at St. Bede’s. Redfyre becomes caught in a tale of revenge, betrayal and injustice — a lingering mystery from a long-forgotten war. With the help of his lead suspect, he unearths the dead man’s story and fights to right an ancient wrong.