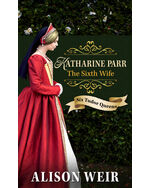 Having sent his wife to her beheading, King Henry fixes his eyes on Katharine Parr. She, however, is in love with Sir Thomas Seymour. Henry sends him abroad, leaving Katharine no choice but to become Henry’s sixth queen. Four years into the marriage, Henry dies. Thrilled at this renewed opportunity to wed her first love, Katharine doesn’t realize Thomas now sees her as a mere stepping stone to the throne, his eye actually set on wedding 14-year-old Elizabeth. The result is a tangled tale of love and a struggle for power, bringing to a close the violent reign of Henry VIII.