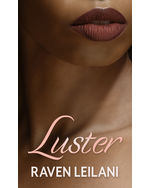 Edie is stumbling her way through her twenties — sharing a subpar apartment in Bushwick and clocking in and out of her admin job. And then she meets Eric, a digital archivist with a family in New Jersey, including a wife who has agreed to an open marriage — with rules. As if navigating the constantly shifting racial politics weren’t hard enough, Edie finds herself unemployed and invited into Eric’s home — though not by Eric. She becomes a hesitant ally to his wife and a de facto role model to his adopted daughter. Edie may be the only Black woman young Akila knows. Luster is a portrait of a young woman trying to make sense of her life in a tumultuous era.

“An unstable ballet of race, sex, and power. Leilani’s characters act in ways that often defy explanation, and that is part of what makes them so alive, and so mesmerizing: Whose behavior, in real life, can be reduced to simple cause and effect? Sharp, strange, propellent ― and a whole lot of fun.”

“Leilani’s radiant debut belongs to its brilliant, fully formed narrator. Old soul Edie has an otherworldly way of seeing the world and reflecting it back to readers, peppering experiences of past and current despair with acceptance and humor but never sacrificing depth, of which her story has miles. A must for seekers of strongly narrated, original fiction.”