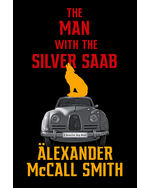 
Man with the Silver Saab

Detective Ulf Varg is a man of refined tastes and quite familiar with the art scene in Malmö. So when art historian Anders Kindgren visits the Department of Sensitive Crimes to report a series of bizarre acts that have been committed against him, Ulf and his team swing into action. Fish stuffed into the vents of Kindgren’s car and a manipulated footnote in a recent publication would be cause enough for an investigation, but when a painting Kindgren had confidently appraised as genuine is later declared to be a fake, it’s clear that someone is out to tarnish his reputation. Ulf will have to muster all his detective skills and bureaucratic cunning to restore Kindgren’s reputation.