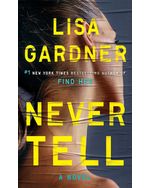 A man is dead, shot in his home office. When the cops arrive, his pregnant wife is holding the gun. D.D. Warren recognizes the woman — Evie Carter — from an old case, in which Evie’s father was killed in an apparently accidental shooting. Flora Dane sees the murder of Conrad Carter on the TV news and recognizes him as an acquaintance of the man who once took her hostage. Now Flora is now determined to learn the truth of Conrad’s murder. But D.D. and Flora discover that in this case, the truth is a devilishly elusive thing. As they peel away half-truths and outright lies, they wonder: How many secrets can one family have?