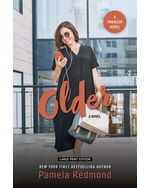 In the hotly anticipated sequel to the beloved Younger, Liza Miller is torn between two cities and two hearts . . .
On the eve of her 50th birthday, Liza publishes a thinly veiled novel about a woman posing as a millennial called Younger — which her old friend Kelsey wants to turn into a TV show. Liza is off to Los Angeles to help Kelsey write the pilot, but can she find happiness in her new adventure if it means leaving everyone she loves? Torn between New York and Los Angeles, a familiar love and a risky one, an established career and a shot at stardom, Liza must decide if it’s too late to go to the ball . . . and if she even wants to.

“Fans of YOUNGER — the book or the show — may like seeing familiar characters again.” 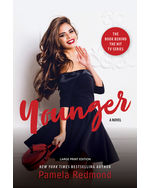