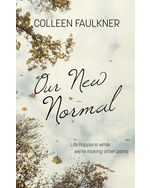 Liv Ridgely prides herself on being the responsible wrangler of all things family. Now, with her son off to college, and her ambitious daughter, Hazel, a year away from following him, it’s Liv’s turn. Until she learns that 16-year-old Hazel is three months pregnant. Hazel insists she will have the baby and raise him with her boyfriend, Tyler. As it turns out, Liv and her husband, Oscar, have very different ideas about what to do. As the family fractures in every direction, past resentments and pain come tumbling out. After years of putting others first, Liv wonders if she can do what’s best for her daughter and her marriage — while still being true to herself.