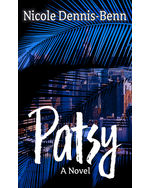 When Patsy gets her long-coveted visa to America, it comes after years of yearning to leave Pennyfield, the impoverished Jamaican town where she was raised. More than anything, Patsy wishes to be reunited with her oldest friend, Cicely, whose letters arrive from New York steeped in the promise of a happier life and the possible rekindling of their young love. But when Patsy arrives in Brooklyn with her five-year-old daughter, Tru, America is not as Cicely’s treasured letters described; to survive as an undocumented immigrant, she is forced to work as a bathroom attendant and nanny. Patsy weaves between the lives of Patsy and Tru in vignettes spanning more than a decade.