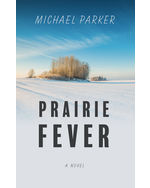 Set in the hardscrabble life in early 1900s Oklahoma, Prairie Fever traces the intense dynamic between the Stewart sisters: the pragmatic Lorena and the chimerical Elise. The two are bound together not only by their isolation on the prairie but also by their deep emotional reliance on each other. Enter Gus McQueen, a first-time teacher whose inexperience is challenged by the wit and ingenuity of the Stewart sisters. When a blizzard traps Elise on the prairie it forever changes the balance of everything between the sisters, and with Gus. Prairie Fever tells the story of characters tested as much by life on the prairie as they are by their own churning hearts.